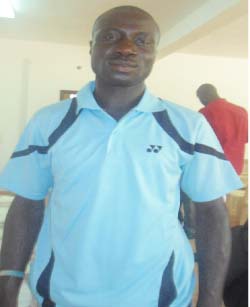 Upper Niumi entertained neighbours to a breathtaking 1-nil win to take home the championship title as Know Your Status football tournament came to an exciting conclusion at the Farafenni Mini-stadium on Sunday.

The eight-week tournament, intended to raise the awareness of young people about HIV and Aids and, by extension, encourage them to know their status, saw Upper Niumi emerge  champions thanks to a hard-fought and deserving victory at the expense of their fellow finalists Lower Niumi, whose brilliant effort could not earn them any joyous moment in an energetic final.

The exercise, Saidy believed, would help those infected with HIV and Aids to know their status in a bid to help minimize the spread of the disease.

The initiative would also help those who are found negative to protect themselves better as the fight to minimize the disease intensifies, he added.

The event also availed organisers the unique opportunity of engaging in an enlightenment exercise such as training of coaches on HIV and Aids issues for all the participants drawn from each district among a series of other activities.

In attendance at the weekend’s final were the National Aids Secretariat director Nuha Jammeh, Lamin K. Saidy, Regional Youth and Sports coordinator and a host of other dignitaries.

was presented a giant trophy for being crowned the champions after months of battling to secure the top accolade.