It has been brought to our attention by Mr. Lamin Ceesay, head master of the above mentioned school that as at now the school only received D10, 000 and not D40, 000 as reported in our edition of .

Mr. Ceesay said Mr. Abdoulie Jallow during the presentation announced that his friends from the gave him an amount of D40, 000 for his school, Medina Sering Mass Basic Cycle, but only D10, 000 was presented at the gathering. He said that according to Mr. Jallow the remaining D30, 000 would be given to the school when needed. (Editor's Note: The Error is regretted. The School is thanked for the correction).

16 teams line Up for Basse Nawettan 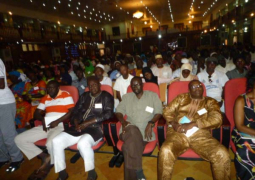