The national team of the Democratic Republic of Congo yesterday afternoon landed at the Banjul International Airport barely a day before they are to come face to face with The Gambia’s Scorpions in tomorrow’s International friendly game at the Independence Stadium in Bakau.

The team, led by the head coach, arrived in Banjul with the same flight the Gambian foreign-based players boarded on their way home for the match.

Congo were expected to hold their first training session at the Independence Stadium a few hours after their arrival yesterday evening in preparation for the eagerly anticipated friendly tomorrow, Pointsport can confirm.

The administrator of The Gambia’s senior national team, Bakary L. Dahaba, has confirmed to our reporter that the majority of the country’s foreign-based stars including veteran midfielder Seefo Solely arrived in Banjul yesterday evening as the country continues to prepare for the next month’s African Nations Cup qualifier away to Namibia with Burkina Faso to follow in Banjul in October.

They will join their compatriot Tijan Jaiteh, who is the first Gambian overseas player to arrive ahead of the match as Paul Putt leads his star studded team to their first collective training session at the Independence Stadium.

The rest of the invited foreign-based stars including talismanic forward Momodou Ceesay and striker-partner Njogu Demba are expected in Banjul today.

The match is expected to be the first preparatory test for the Belgian tactician Paul Putt since he guided the team to a breathtaking 1-nil win over Gabon thanks to Njogu Demba’s acrobatic second half goal that proved to be the winner. 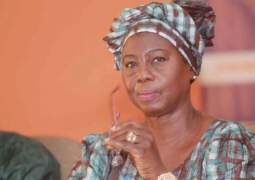