The people of Upper Fulladu West in the Central River Region south recently got a new district chief by the name Alh Modou Touray, a 56-year-old man.

His appointment came when their former Chief Alh Biran Baldeh died after a long illness.

The former Chief Alh Biran Baldeh, who was appointed on 25 August 2005, served the district until 2015.

The new Chief, AlhModouTouray, was appointed as Chief of Upper Fulladu West on 23 July 2015.

Confirming his appointment to the press, the Governor of the region, Alh Omar Khan, said he is an industrious man who is a strong supporter of the APRC party.

For his part, the newly-appointed Chief of Upper Fulladu West, Alh Modou Touray, commended President Yahya Jammeh through the Ministry of Lands and Regional government and governor of the region for the appointment.

He promised to live up to expectations and work diligently in the development of the district.

He called on the people of Upper Fulladu to come together as family in the interest of development, and urged them to strengthen their unflinching support for President Jammeh and the APRC party.

He challenged all to get everyone onboard in canvassing votes for the APRC party in order to increase the support base of the party.

Upper Fulladu West would always remain loyal to President Jammeh and the APRC party, he said.

“Farming is the only way forward if we are to eradicate the global food crisis,” he said, adding that provincial people are ready to always support President Jammeh in the attainment of Vision 2016 food self-sufficiency.

The ongoing agricultural activities at the vast rice fields have given all Gambians courage to take part in the cultivation for the attainment of the country’s Vision 2016 agenda, which has attracted many people across the world, he said.

He also called on Gambians to take agricultural activity seriously as it is the only way forward in the attainment of food security.

He commended the people of the region for their love for and loyalty to President Jammeh
Previous:
All eyes on Buba Star Janneh Super Cup final Saturday
Next:
Education is key: Global Education Center boss 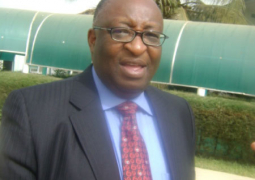