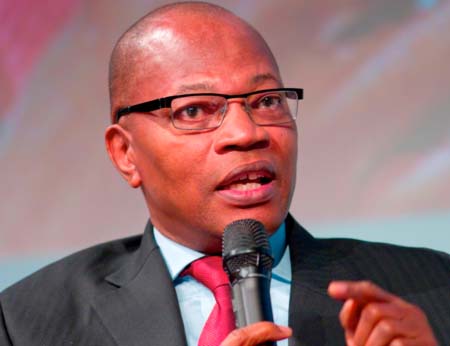 A joint UN/AU ECOWAS delegation led by the president of the ECOWAS Commission, Marcel de Souza, was recently in Banjul to discuss with government officials the progress of the current electoral process, according to a “press release” received by this paper.

Speaking earlier, a representative of the Gambian government welcomed the team, and assured them of a frank dialogue on their issues of concern with a view to reaching a common understanding.

Mohamed Ibn Chambas, UN representative for West Africa, said their meeting with Gambia government officials is not a crisis meeting, but a routine consultative meeting to discuss issues of concern, which he said they do with countries in West Africa preparing to hold national elections.

He, therefore, said their objective is to ensure that elections held in West African countries engender peace, and are free, fair and credible.

Mr Chambas went on to say that they had meetings with civil society organizations, to raise their interest in the elections to ensure high participation, as well as the IEC to whom they expressed satisfaction about the existence of the commission’s inter-political party dialogue forum, which is a good mechanism for peace-building and encouraged frequent meetings of the body.

Mr Chambas indicated that his delegation had also met with opposition political parties, who expressed concern that they are routinely denied permits for political gatherings.

The Ministry of the Interior representative said there is ample evidence that political parties have been given permits, whenever they applied for one.

On the events of April14-16, 2016, Mr Chambas said a lot of allegations are being made of arrest and treatment of the leader of the opposition UDP and some of his followers, denial of bail and no access to family members and lawyers.

He said all these issues should be handled in a sociable way, given that most of their interlocutors have told them that Gambians are one big family.

These allegations were also refuted by both the ministries of Interior and Justice, which said the way the accused persons dressed in the courts showed that they were allowed change of clothes, and also have access to their family members.

The Ministry of Justice representative told Mr Chambas and delegation that the accused persons have committed an offence by staging a political procession without adhering to the due process of the laws of The Gambia, as clearly stated in the 1997 constitution.

The unlawful political procession was dispersed by the police after the group repeatedly ignored orders to voluntarily disperse.

Continuing their concern with the events of April 14-16, Mr Chambas and delegation expressed concern with the crowd control method used by the police, and said they are willing to work with the Inspector General of Police to provide training for formed units of the Police Force for more efficient crowd control techniques.

The president of the ECOWAS Commission expressed gratitude to the Gambia government for allowing the visit.

He said he would send an official request for another visit to The Gambia in his capacity as ECOWAS Commission president, during which period he will request a meeting with President Yahya Jammeh, in addition to holding discussions with various stakeholders on the upcoming election, to ensure they are free, fair and credible.

He also said that ECOWAS will send a long-term mission to assist in preparing for the elections.

The ECOWAS president also mentioned the Gambia-Senegal border closure, which he said he discussed with President Macky Sall.

He mentioned that President Sall is hopeful that the border issue will be comprehensively resolved soon, as his government is expecting to receive another delegation from The Gambia as the visit of the first delegation could not be possible.

The Gambia government’s team told the ECOWAS president that The Gambia’s border with Senegal has never been closed, as far as they know.

The team recounted the deliberate efforts of the Senegalese authorities to sabotage The Gambia’s transit trade by levying bogus and unnecessary fees, in contravention of the ECOWAS protocol on transit trade, which prohibits all forms of charges on goods in transit.

The Gambian team further highlighted to the ECOWAS president the irony in the two countries meeting to discuss the issue, when Senegalese border was closed.

As such, the Gambian team pointed out that for any meaningful dialogue on the matter, the Senegalese border must be opened first.

The commissioner of Political Affairs at the AU, Aisha Abdullahi, reiterated that such mission is not the first of its kind, as they have been to other countries to discuss their political process prior to holding elections.

She commended the Gambia government for its role in advancing the welfare of women in The Gambia and their participation in government, which is exemplary in West Africa.

She also praised government for banning FGM, and lauded the high participation of the youths in the socio-economic development of the country.

In reacting, the Gambian team reiterated that elections in The Gambia under the Second Republic have always been free and fair to the admiration of many countries, as the IEC [Independent Electoral Commission] has conducted several elections in the country and have in the process been very proficient.

The team further indicated that The Gambia is blessed with peace and stability and, therefore, the security of the country will be jealously guarded. As such, the government will not trample on citizen’s rights, who must in turn respect the laws of the country.

In closing remarks, the Gambia government’s team thanked the delegation for a good meeting, and indicated that the government has taken note of issues they have raised.

Speaking further, the Gambian team mentioned that the incident of April of 14-16 is an isolated one in the political culture of the country, and the security forces reacted within the parameters of the laws of The Gambia.

The team stressed that the laws of the country must be respected by all and sundry, and no one will be allowed to incite violence.

The Gambian team further told Dr Chambas and delegation that, in fact, the leader of the opposition United Democratic Party is on record as saying he would demonstrate without a permit and without regard to the provisions of the law of the country.

The team went on to say that this kind of unbalanced reporting is unfortunate and unacceptable, as it was a prejudicial move.

The Gambian team ended by informing Dr Chambas and his delegation that the last general election were fully funded by the Gambia government and, therefore, would expect their collaboration this time around. 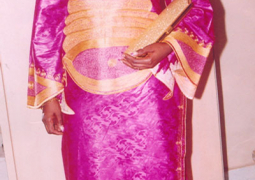