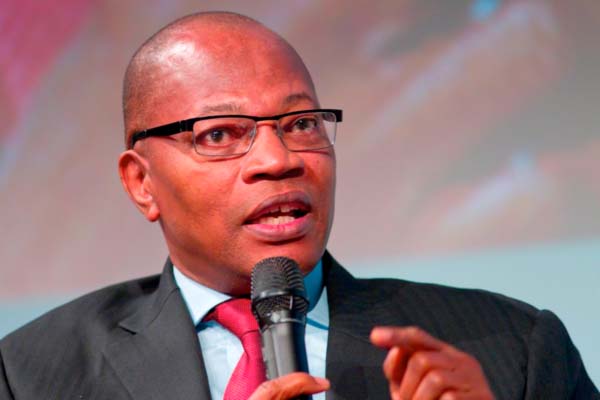 Dr Mohamed Ibn Chambas, Special Representative of the United Nations Secretary General for West Africa and the Sahel, on Saturday called on Gambians to eschew a spirit of vengeance and witch-hunt.

He was speaking at a press briefing attended by both national and international journalists, held at the UN House at Cape Point in Bakau.

Dr Chambas said: “We are also ready to work with The Gambia to establish a truth and reconciliation commission as the Gambians will define it.

“At this point, that is what we can say; that the Gambians need to go through a process of truth and reconciliation, and to eschew a spirit of vengeance and witch-hunt, and to address problems of the past without getting caught up in the past so that the country can move forward.

“We hope that you move forward in ensuring accountability, and proceed in a manner that will not be characterised by witch-hunt,” he added.

Dr Chambas said the new authorities should establish a new climate of accountability and fight impunity, at the same time work for national reconciliation for the unity of The Gambia, because “we are told that The Gambia is the Smiling Coast of Africa, and we hope that The Gambia remains one big smiling family.”

Dr Chambas said he had visited The Gambia three times this year, as a representative of the ECOWAS-AU-UN joint high-level mission.

“During my visit, I have been able to hold discussions with president-elect Adama Barrow and representatives of the Gambia Opposition for Electoral Reform (GOFER), as well as those of the Alliance for Patriotic Re-orientation and Construction (APRC), the CSO-Coalition on Election/situation room, and members of the diplomatic corps.

“These interactions offered me the opportunity to discuss with various stakeholders the way forward, following the declaration of the results of the just-ended presidential election, which will cause The Gambia to experience for the first time an alternation of political power through peaceful democratic means.”

The ECOWAS-AU-UN envoy congratulated the Gambia government for “organizing a peaceful, transparent, and credible election.”

“I wish to commend, in particular, President Jammeh for the gracious manner in which he conceded defeat, and for the pledge to work for a smooth transfer of power to his successor. In the same vein, we congratulate President-elect Barrow for his historic victory.”

Dr Chambas added that “the UN would like to reiterate its commitment to accompanying Gambians in their uncharted first journey to peaceful transfer of political power through elections.

“What happened has ushered in a democratic alternation of political power and, therefore, the spirit and practice of democratic conduct should govern every consideration of all Gambian political stakeholders.

“Accordingly, I would insist that the way forward should be characterized by the ideal of national reconciliation, the quest for harmony, and the respect for the rule of law in accordance with the Gambian Constitution and International Laws.”

He further stated that political parties should continue to have a responsibility to defend not only the interests of their own party and its supporters, but also to safeguard the unity of the whole nation.

“We call on the Coalition of opposition parties to be magnanimous in victory, to be moderate in their celebrations and to appeal to its cadres to eschew all acts of violence directed at APRC supporters.

“Likewise, it is expected of state security institutions to play their roles by adhering to the principles and practices of the civilian control of the armed forces, in accordance with both national and international conventions.

“Let me also call on the Gambian Civil Society Organizations to stay actively involved with the people of The Gambia, and to contribute to safeguarding the principles of good Governance and acting to continually enhance the conscience of society.”

Dr Chambas pointed out that the results of the election and the change in governance will not alter the appeal of United Nations for the respect of human rights and rule of law in The Gambia.

“For, only the respect of rule of law can strengthen national unity and ensure solid foundations for the challenges ahead.

“In this respect, I would like to reiterate that the incoming authorities of The Gambia should exercise their responsibilities in full adherence to the ECOWAS Protocol on Democracy and Good Governance and the AU African Charter on Democracy, Elections and Governance, among other international instruments that uphold basic freedoms and civil liberties for all.”

The UN envoy also recalled that in his last visit, he did urge the Government and people of The Gambia to commit to the respect of human rights.

“For example,” he noted, “I specifically requested that the government should conduct an independent investigation into the deaths of Ebrima Solo Krummah and Solo Sandeng while they were in police custody.

“I also call on the Government to reconsider the sentencing of the thirty protesters involved in the demonstrations of April 2016, as well as the continuing detention of fourteen people who were still in detention awaiting trial in relation to the demonstration in May 2016.”