Musa Jallow and Alieu Jallow were on Thursday arraigned on a charge of stealing before the Kanifing Magistrates’ Court, presided over by Magistrate Tabally.

They denied the charge and were subsequently granted bail of D100,000 with two Gambian sureties, who must be residents of the jurisdiction.

The sureties must also deposit their biometric ID cards and make an affidavit of means.

According to the particulars of the offence, the accused persons on 7 June 2011, at City Pub in Serrekunda, jointly stole from one Cherno Mbai, a gold chain valued at D50,000, cash of D450 and a cap valued at D250, all being the properties of the said Cherno Mbai.

Sergeant Kinteh represented the IGP at the hearing. 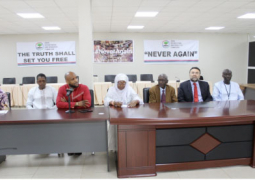