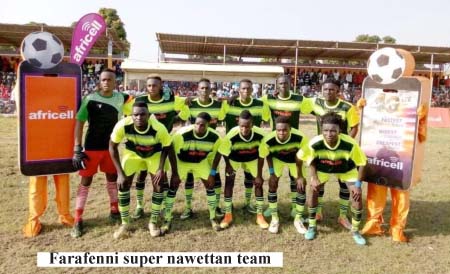 The Super Nawettan Organising Committee (SNOC) has fined both Brikama and Farafenni D10, 000 each for what it called their misconduct during their super nawettan encounters against Kombo East and Kombo Central Two.

The Sateyba boys were fined after their fans threw stones on match officials after their side equalizing goal was ruled by the assistant as off-side.

The North Bank Region boys were also fined for their misconduct after their 1-0 defeat to Kombo Central Two at the Father Gough Sports Complex in Manjai Kunda last Thursday.