The trial of three former employees of Gamtel charged with economic crime, opened yesterday at the Banjul High Court before Justice Joseph Wowo.

The trio Ebrima Bandeh, Adama Ceesay and Sheikh Gaye were alleged to have caused financial loss to Gamtel while being employees of that company.

Testifying, Dodou Sanneh, a police officer attached to the major crime unit, told the court that he recognised the 1st and 2nd accused persons in connection with the case. He said on 19th September 2008, he was instructed by the officer commanding the major crime unit to report to the NIA Director of Operations. He added that at the NIA conference room he was briefed on the investigation into the case. He adduced that during the investigation the 1st accused Ebrima Bandeh volunteered to give a statement, adding that he was instructed to obtain a statement from him. He testified that he invited an independent witness called Babucarr Khan, adding that he cautioned the 1st accused in English language in the presence of an independent witness.

Further adducing evidence, the state witness told the court that the 1st accused, Ebrima Bandeh, volunteered to write his own statement which he signed and the independent witness also signed the statement. 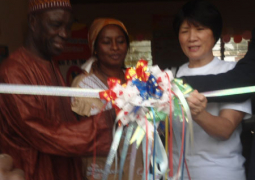 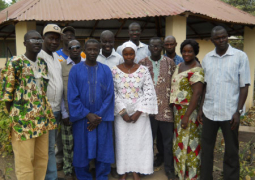