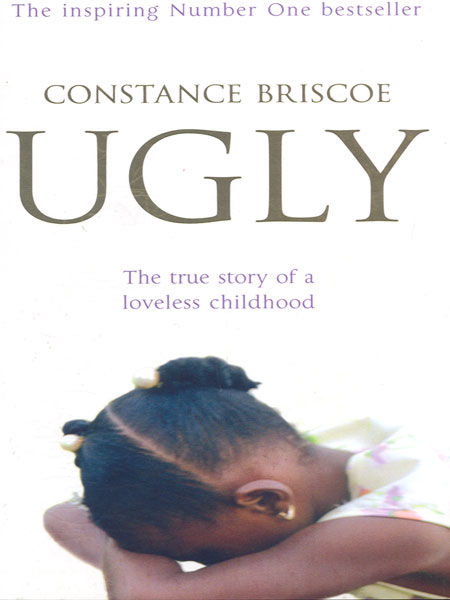 Ugly is at once a depressing and an inspiring story of a young Jamaican girl Constance Briscoe who refused to be defeated by forces directed to weaken her self-esteem. Commonly known as Clare, was born to George and Carmen, a Jamaican woman who immigrated to in the early 1950's. Her siblings were Pauline, Patsy, Carl, Martin and Christine as well as an adopted sister Denise. After the break-up of her parents' marriage, her mother married Eastman, a Barbadian, with whom she had four other children. As well as being ugly, was plagued by bedwetting right up until when she was well over twelve years old. Both factors combined to make her mother hate her. Her mother humiliated, molested and abused her without respite. Apart from the verbal abuse, she attacked her violently from time to time. So much so her she ran away from home to Social Welfare to seek refuge. She was made to do all the menial chores in the home, all in the attempt by her mother to break her spirit. When she refused to be browbeaten, her mother asked her to pay rent for staying in her house. In order to do, she had to work while still going to school. When the pressure became too much, she had to take up two jobs. With the money from both jobs, she was able to maintain herself and settle her bills, which her mother never failed to collect. In both workplaces, her effervescence made her likeable and won her many mends who were to be supportive in her drive to fulfill herself in life. At school, she was excellent. She excelled in all the subjects. Ironically, her excellent academic performance infuriated her mother. To frustrate her, her mother cut off the power supply in the house. By then, the mother had already moved out to a new place. But this did not deter , as she would study by candlelight. When that failed, her mother resorted to violence, clubbing her from time to time. It was then, one of her teachers Miss K, a Polish immigrant, took her in. This was 's best moment in life. She studied and lived in peace. But this was short-lived, as Miss K was involved in an automobile accident that led to the amputation of her two legs. was then left to her own devices. When she told her mother that she was going to study law, she replied that she was a mere dreamer. She proved her mother wrong any way. She passed her O-Levels as well as the A-Levels and then applied to study law at . "What have I done this time? What?" I moved to step four. The higher up the stairs I was, the less leverage my mother had. "What have I done now? I was only coming downstairs to ask if you wanted a cup of tea and to hoover the stairs. I can go back to my room." "Do I look as if I want a cup of tea? Look at me good. Do I look like I want you, Miss Piss-the-bed, to make me a cup of tea? You smell like piss. Go and find something to do" With that my mother let go of my Peter Pan collar and grabbed my hair in front. "You've always given me trouble. Why can't you be like the rest? Abortions were not legal when I was carrying you otherwise I would strung you up." (p.184)

Constance Briscoe now practices as a barrister and in 1996 became a part-time judge one of the first black women to sit as a judge in the . Her story illustrates that fact that tough times don't last, only tough people do. It is an inspiring book that everybody will find worthwhile. It is available at Timbooktoo Bookshop. 4494345