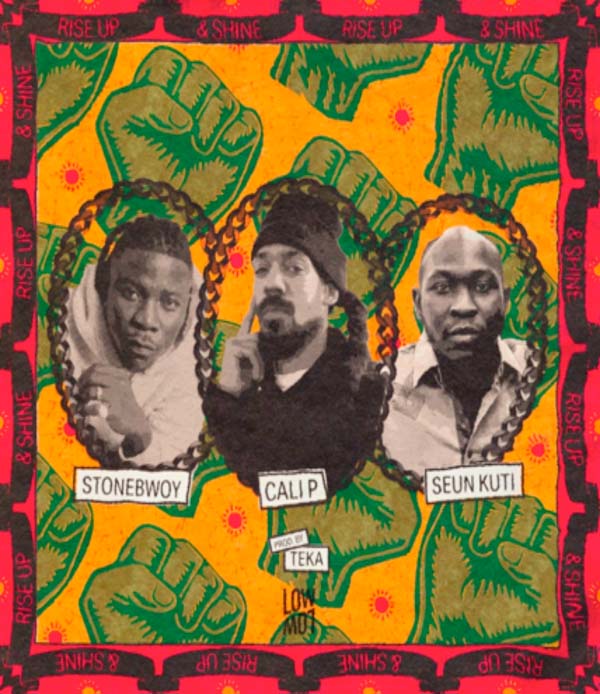 CALI P in Gambia to perform and promote new single Rise Up and Shine with Stone Bwoy and Seun Kuti.

With locks stretching from the crown of his head almost to the sole of his feet, the artiste bears an aura of spirituality often identified with those whose sacred mission it is to take the message of Reggae and Rastafari to the diverse parts of the earth.

A true lover of Gambian culture and people, CALI P has been coming to Gambia for several years to not just perform, but to enjoy the smiling coast and make life lasting bonds through music.

He is scheduled to perform at the Busumbala Hall on Saturday, February 29th and at Lamin Willy’s on Saturday, March 7th. This is a part of his Mama Land Tour.

He also expresses interest to dialogue with the youth by going to schools and will be doing a tree planting project with students at Batakunku.

CALI P also loves Gambian fashions and has been wear Gambain designs on his international shows all over the world.

This trip he plans on collecting over 50 different outfits that will be showcased when he perfoms at major events like at REBEL SALUTE (Jamaica), SUMMERJAM (Germany), REGGAEJAM (Germany), FESTIVAL DE L’ETE (Canada), REEDS FESTIVAL (Switzerland) , performances in Costa Rica and Malta and many more…

Born Pierre Nanon to a mother from Switzerland and a Rastafarian father from the French Caribbean territory of Guadeloupe, CALI P seemed destined for the assignment of transcending racial and ethnic challenges in the promotion of his music. He describes himself as a singer, songwriter, rapper and one could add a lyrical firebrand who has been devoted to the playing of the drums since the age of three.

He moved from Switzerland to Jamaica and released his critically acclaimed ”Like a Lion – Hotsteppa.”It was part of the soundtrack of a documentary of the same name attracting, positive international reviews. CALI P confidently asserts that Jamaica is his base - the world is his stage. For more information or interviews contact Olimatta Taal of Sen Ghigen Productions 220-250-9257 or senghigenproductions@gmail.com

On the right track