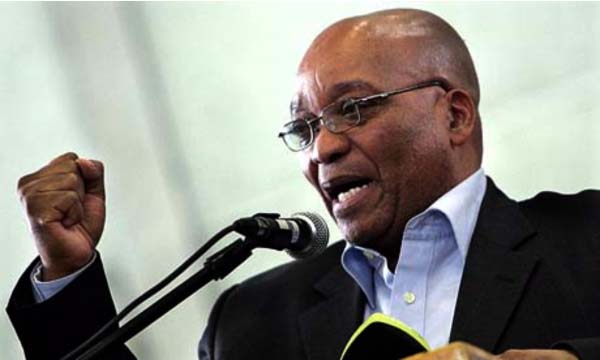 On a bitingly cold January morning, I woke up with the news that two of South Africa’s opposition parties are tying the knot to mouth a serious challenge to the ruling Africa National Congress (ANC) dominance. The mood was that of joy as the two leaders kissed, laughed, hugged and embraced one another in-front-of -the cameras. They signed on the dotted lines and in effect giving birth to “one of the biggest opposition coalition in the political history of South Africa since the end of apartheid”.

But a little over one week the political marriage collapsed. Reason being: “one of the party leaders, Mamphela Ramphele, reneged to keep his side of the bargain. She vehemently denied the accusation.  Now that joyous mood is punctured with bitterness.

What makes it more interesting was that it happened in South Africa, one of the beacons of democracy on the Africa continent with a huge economy to boot.  And the political fallout tells a lot about party politics in Africa, which is based more on individual differences than ideological differences.  But I will dwell more on that later. For now let’s look at the parties that put the devil at the heart of South Africa’s opposition politics liturgy.

The Democratic Alliance, or DA, to give it the moniker that it is well-known, is headed by Helen Zille, a white South African who boosts of a clean bill of political health given that she was not a supporter of apartheid. But she could not escape stereotypes as her party is built from the rugs of the Nationalist Party which was notorious for contriving, fomenting and entrenching apartheid on South Africans. Because of this, the DA, the party she leads, is labeled as “a white party”.

In order to quash this “misnomer”, Helen Zille decided, without informing many of her party bigwigs, to form a coalition with the leader of one of the nascent parties in South Africa, Agang, which mean “build” in the local Sotho language.  The leader of Agang, Mamphela Ramphele, was named the leader of the coalition.  Helen Zille was ecstatic. At last she has snuffed out the negative stereotype that her party always received by making madam Ramphele as her party leader, who “boasts of strong anti-apartheid credentials”, something that influences the way many South African votes.

But for those of us who are not swayed by petty political staging and window dressing we began to ask serious questions:  What will happen to the Agang party? Is it going to dissipated into political oblivion?  Is the political marriage sustainable given that Agang is financially drained?  “Is Mamphela being used only to be ditched after the elections when she delivered many seats for the DA as expected?

We don’t have to wait long for answers to these questions to be laid bare. The following week in was announced that the political marriage is no more. And you don’t need the incisive mind of a rocket scientist to know that it won’t work.  The sense on hope that the merger prompted was dashed and replaced with that of dismay, despondency and despair in the camps of their supporters. It reinforced our sense of déjà vu that the two leaders are sacred witless of the ANC.

The relationship between the two dated back since the days of the liberation struggle. Helen Zille, who was a journalist in one of the Newspapers in South Africa, was vocal in her writing for the release of the leader of the Black Consciousness, Steve Biko, who happened to be the partner of Mamphela Ramphele.  Biko later died from injuries he sustained in custody due to police brutality.

But their relationship wore on. In a move that can be described as “returning back favors”, Mamphela appointed Zille as her spokeswoman when she was the Vice Chancellor of the University of Cape Town, South Africa.

But their relationship is mired in deep mistrust after their fallout recently. And their party spin doctors have to work hard to forestall the damaging attack that “they are not fit to run the country”. By splitting so quickly, the political marriage had set a record as one the most shortest, most shambolic political marriages in history that underlines the struggle of South Africa’s numerous opposition parties to launch a united challenge to the two-decade dominance of the ANC, one of the oldest parties in Africa but only came to power in 1994.

Who stand to benefit from the fallout?

The spectacular disintegration of the “dream ticket”, as the Zille-Ramphele partnership was dubbed, is obliviously going to afford some schandenfreude to President Jacob Zuma- led ANC. Without any modicum of doubt, the ANC was forced to seriously rethink their strategy towards the DA in the May 7 elections when the DA and Agang merged. But now they are rubbing their hands with glee that the so-called “dream ticket” is ripped apart.

As the split was announced, I could imagine a putt- putt of champagne in the ANC policy bureau in Luthuli House, named after the former ANC leader Chief Albert Luthuli. It is in this house that ANC policies are agreed and later implemented at the national stage in government.  So for those how though that President Zuma can come up with policies, as the former ANC youth leader Julius Malema wants us to believe, this is what cripple South African presidents from acting on implementing policies unilaterally. Remember the late president Nelson Mandela’s helplessness in the face of oblivious evidence that HIV/AIDS is debilitating South Africa and President Thabo Mbeki’s refusal to trigger the impulse button to scrape the willing-seller and willing-buyer clause when it comes to land distribution. That is how the ANC operate.

I could even imagine a wintry smile on the face of Zuma and his deputy, Cyril Ramaposha, as they take a short break from reading the in-tray of papers that flooded their desks everyday to make a jig at Zille and Ramphele.

The Zuma-led ANC, despite all the challenges and excess baggage that comes with it, is going to win the May 7 election but with a not-so-resounding victory.

The Current opposition parties in South Africa can be hodge-podgy but they are going to eat into the chunk of the ANC. The DA, Agang, Congress of the People (COPE) and the newly-formed Economic Freedom Fighters (EFF) - led by the firebrand former ANC youth League leader Julius Malema known for his incendiary rhetoric’s - are going to split the votes among themselves. But this would not deny the ANC the past mark 50% threshold it needs to form a government.   What accounted for this I hear you asked?

It is partly the fault of President Zuma and partly the ANC because they refused to reform themselves forcing many blacks to vote with their stomach rather than hearts. Since he assumed the ANC leadership in 2009 in a big power struggle with his former boss Mbeki, Zuma has been making gaffes upon gaffes. And his media pit-bull, Mac Macraj, is working hard on a journey that you can describe as “a damage limitation spin-offensive”. And still the gaffes cannot be undone as they are gigantic.

The last time president Zuma gave a speech and said that South Africans should not think like Africans. Wow, I asked myself. How on earth can Zuma talk like that?  Did he forget his history lessons that his minders taught him like: The last thing that black South Africans wanted to hear is to imply white superiority. No, I said to myself again “Zuma need no reminder as he was part of the liberation struggle. He should know better.

This rankle his supporters most, if not all, of whom are blacks. The other day he was given a speech  and said that white dogs are better that blacks because the way they are treated by their masters, who give then front seat in their swanky cars and left the black laborer reeling under the sun behind, is a testimony to that.

As if that is not enough, he sparked a diplomatic row with Malawi when he said the roads in South Africa are better than those found in Lilongwe and Blantyre. Needless to say, the Malawians reacted furiously to his disparaging remark.

More serious is the alleged corruption blighting him which is putting his popularity in nadir. He is alleged to have starched millions of Rands (the South African currency) to complete his house in his home town of Nkandla, Kuwa Zulu Natal.  The home is having a helicopter pad, litany of swimming pools and parks to entertain guests.  This angered many South Africans. The anger was epitomized during the funeral service of Mandela where Zuma, whenever his image appeared on the screen, was booed in front of world leaders.  Zumaville and Nkandlagate, as the scandal is called, is a smug of asphyxiating stench for Zuma that is showing no sign of going anytime soon.

But back to African politicians who differ on individual rather than ideological differences. They are doing no justice to themselves, their party members and their fellow countrymen. But don’t tell them this as they may get all hoity-toity as they are beyond scrutiny. But this is a topic for another day when I shall look at why parliamentary democracy is the best way for Africa’s malaises’.

Author: Amadou Camara, an intern at the American corner and final year political science student at the University of the Gambia