The New Path in Press Partnership

It seems that some African governments now appreciate the value of press freedom and freedom of expression. Senegal for instance has decriminalized press offences. And the Mozambican authorities have openly denounced attacks on press freedom and identified MISA (Media Institute of Southern Africa) as a strategic partner. This gradual U-turn, on the surface, looks surreal because African governments are notorious for their particular ruthlessness against the press. But it is an indication of the shape of things to come.

Almost on a daily basis across the continent, journalists and media workers are threatened, intimidated, assaulted, arrested, or even killed with impunity. In some cases, governments with pretence to democracy enact draconian laws to muzzle the press. Under such laws, journalists, free expression advocates, or opposition politicians, can be taken before the law on charges that border on the absurd. On top of that, media houses are randomly closed down without regard for the resultant economic hardship for the employees - yet the same governments enjoy setting themselves up as champions of poverty alleviation. All of these has made journalism practice in Africa precarious and unattractive at least to the faint-hearted.

But African journalism is known to have survived all sorts of authoritarianism and emerged better able to crusade for an open society characterized by accountability, transparency, good governance, and the rule of law. Evidently, journalism is beyond human destruction because it is as indispensable to governance, even autocratic ones, as the air we breathe.

Speaking recently at the launch of the "Annual Report on the State of Press Freedom in Mozambique", produced by MISA's Mozambican chapter, Deputy Education Minister Luis Covane said: "We have long said, and we restate it today, that the media are our partners in the struggle we are waging against poverty." He added: "The government is open to all activities that will improve the pluralism, diversity and independence of the Mozambican press."

The Mozambican Minister's remarks are particularly appropriate in societies where criticism is frowned upon or even reprised, because it is only a pluralistic, diverse and independent media that can produce the kind of criticism that draws resentment or reprisals, albeit for the public good. Where the press is gagged, the people resort to the grapevine for information, which has proven to be both insidious and invidious. The addiction to online newspapers for the real news in most of Africa, for instance, is illustrative of what happens when the conventional press is stifled.

More important, a pluralistic, diverse and independent media is catalyst for development. It is only when the people are properly informed that they can be counted upon to throw their weight wholeheartedly behind national efforts. And the type of enlightenment that leads to greater patriotism and productivity is not based on propaganda. Propaganda is known to have a short life span. The case of the former Soviet Union is instructive. Because time exposes every falsehood, the people will eventually get to know the truth and clamour for their liberty.

Mozambique, Senegal, Ghana, Mali, Benin and South Africa have come to recognise the invaluable role the press plays in national development, hence they have chosen to liberalise and decriminalise their media. This is the new path for Africa's development. Other countries in the sub region are urged to emulate these countries.

"I submit to you if a man hasn't discovered something he will die for, he isn't fit to live." 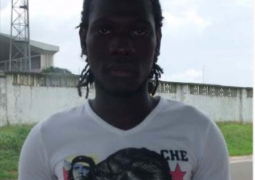