It is positive to hear that 's military ruler has promised to hold elections in 2009 - a year earlier than previously announced. While it is positive however it still leaves plenty of room for abuse of the system by those who have seized power.

"Captain [Moussa Dadis] Camara was very clear... in accepting the period of 12 months. Capt Camara has also pledged not to stand in those polls," according to the French Secretary of State for Co-operation. We genuinely pray that the Captain will stick to this promise and not grow greedy for power as we have seen so many African leaders do over the years.

We are pleased with the action taken by the African Union with regard to the junta as it sets a good example on the continent and sends the clear message that this kind of behaviour is no longer acceptable in .

Some Western countries had called for elections within six months but this was not realistic, as voter lists were not ready, according to the Reuters news agency.

This is a legitimate excuse of course and we must accept it but we hope that the extra time in power will not corrupt the junta. We must praise the decision of the French to continue to fund the electoral commission, notably in the area of voter registration, which has stalled because of a lack of money.

This work towards the instigation of a full and free democracy is a very positive thing not only but for the sub-region. We must support our brothers and sisters there in their quest for decent leadership and also pray that the leaders of the junta do not grow too fond of their newfound power.
Share Article
Share on Facebook
Share on Twitter
Share by E-Mail
Share on Pinterest
Share on LinkedIn
Share on WhatsApp
Previous:
The New Path in Press Partnership
Next:
Ex-Gamtel Employee - Case of False Information Dropped 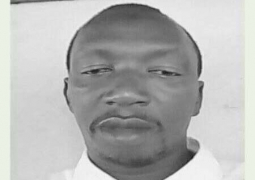