Organised by Jambanjelly Youth and Sports Committee (JYSC), the summer championship kicked-off over the weekend at the Jambanjelly playing ground.

On Monday 2nd August 2010, Golden FC opened their account with a 2-1 win over Farum FC in the second game of the season. 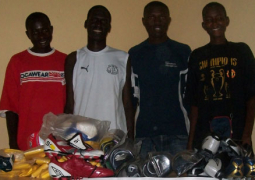