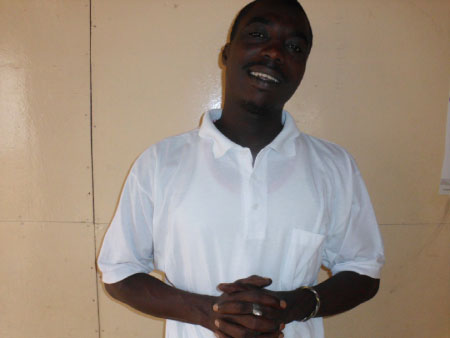 As part of taking his music to the international level, Gambian music star Tapha Artiste and some Jamaican artistes are doing everything possible to produce a mix album that will comprise both mbalax and reggae songs.

In a chat with Entertainment on Wednesday at The Point newsroom, the Gambian talented music star said he is working with some Jamaican musicians who are trying to release a mix album.

“This will be my second album, which is expected to hit the world as soon as it is released,” he said.

“I am expecting to perform in Basse for this Koriteh by an invitation from the youths of Basse,” he disclosed, saying that before the Ramadan he performed in Bansang to entertain his music lovers with high profile musical tunes.

“As Gambians,” he noted, “we need to encourage each other so that we can develop this music. This country has talented young musicians; so all what they need is support.”

Tapha Artist also lamented on the way and manner music promoters in the country are conducting their business.

“They should play their part equally instead of promoting others and leaving others, which is not helping the music system in this country,” Tapha said, while calling on promoters to work not only for their pockets but also in the interest of the general public and the nation.

Tapha therefore called on the upcoming artistes to work hard and develop their music.

“In The Gambia it is very hard to be an artiste,” he said, adding that most of the Gambian DJs “are using the Gambian music to develop themselves but not in the interest of the general public”.

The young artiste added: “What I see other companies doing is pick and choose, which is not good.”

Tapha, therefore, calls on the general public and solicits the support of the Gambian leader to develop his talent in music and drama so that he could also contribute to national development.