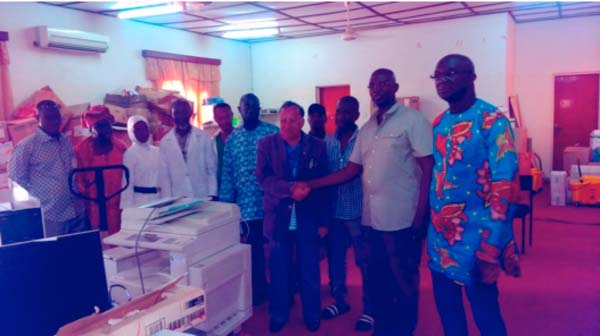 Action Gambia is an NGO based in Norway, which works and supports Gambian schools and other institutions ranging from health, education and the needy.

The materials donated included a printing machine, A4 paper sheets, and PC, which the hospital described to be lacking in the hospital.

Speaking at the presentation ceremony held in Banjul, Prof. Dr Khalil, Chief Medical Director, expressed gratitude and thanked the donors for the kind gesture, promising them that the items would be carefully used.

“Thank you for putting big smiles on our faces and the entire hospital, including the patients,” he added.

Alhaji Momodou Jobarteh, leader of Action Gambia, described the gesture as a token of their quota in the development of The Gambia.

He added that they could not help everybody, but they would try and give help where it is necessary, especially like hospitals.

He emphasized that they are willing to help the hospital in the facilities they are lacking, if they channel it to the right authority.

Samba Njie, a member of the Action Gambia, said that this was the first time the organisation was delivering to the hospital.

He further stated that it is a great pleasure to have the opportunity to give assistance to the main hospital in The Gambia.

He said this was just a reminder of those in the Diaspora to also give back to their country and help institutions in need, especially hospitals and schools.

Amie Jobarteh, on behalf of the hospital, thanked the donors, adding that the materials could not have come at a better time.

She said the materials provided were really lacking in the hospital, describing it as a great gesture. 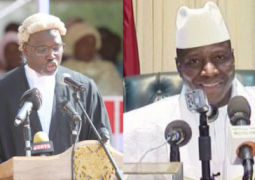