The advanceparty of officials from the Tanzania Football Federation are due in Banjul today to see to arrangements in relation to this Saturday’s World Cup qualifier between their Taifa Stars and the Gambia national team, in their African zone qualifying group.

According to GFF Protocol subcommittee officials, the East Africans would inspect accommodation and training facilities, as well as hold talks with their Gambian counterparts on any issues they might be interested in concerning the match.

Meanwhile, the actual team of players and other officials are due here Thursday.

The Gambia and their visitors are both playing for pride and possible enhancing of their Fifa ranking, since Ivory Coast have already won the only spot from the team with an opening to the final round.

Officials from the newly-elected GFF have mounted a serious campaign to attract interest from the public, and commitment from the team to win this match handsomely and end a spell of dwindling fortunes in the game, and deep frustration among one time one of the mostenthusiastic fans in the region.

‘’Our approach, logistical intensity and ambition in this match is as high as any other game in the series, the outcome notwithstanding’’, Star Janneh, first vice president GFF declared last week.

“Winning this match is essential for the confidence of our nation and our quest to inject a new sense of urgency in football,’’ added second vice president Kebba K. Touray.

The GFF has invited nearly a dozen players from our foreign legion who are due today, to blend with some 31 home-based players, for the coach to select a squad from forSaturday’s match. 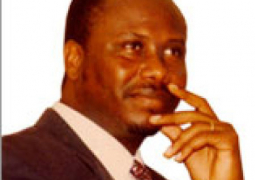