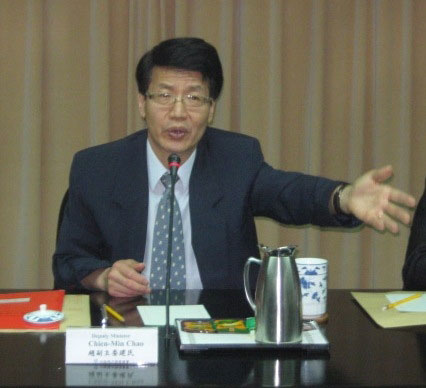 The Taiwanese Deputy Minister of Mainland Affairs Council, Dr. Chien-Min Chao spoke at length about the relationship between his country and Mainland China.

According to him, the relations between the two countries have improved significantly since President Ma took over the mantle of leadership in Taiwan.

He revealed that in less than a year, the new administration has resumed negotiation with China for the first time in 15 years.

"We try to make the relations between our two sides improve," he said.

He stressed that his government's policy towards China is quite different from that of the previous administration which was confrontational.

According to him, President Ma's administration has realized the need to work closely with their Chinese counterparts for the benefit of their two peoples.

He revealed that just few months in office the new administration had made it possible for people in two countries to have easy transportation between them, either by land or air.

"Since last year Mainland China's policy towards us has taken a dramatic twist" he noted.

He revealed that this year alone seven hundred thousand to eight thousand tourists from Mainland China will be visiting Taiwan.

Minister Chao further disclosed that students will also be allowed to enter Taiwan from China for studies via visa.

He stated that Mainland China is Taiwan's major trading partner and cannot afford to lose that. In fact, China today and China of 20 years ago are completely different, he said.

He added that China is the world's third largest and leading economy in the region. He, however, stressed that the main objective of the policy is to stabilize the situation, normalization and regularization of Cross-Strait relations, liberalization, as well as international recognition.

He emphasized that economic growth and the welfare of Taiwanese people is of paramount importance to them. He was quick to add that they would love to participate in UN and its specialized agencies for the sake of humanity.

He maintained that they don't want unification with China.

"Our democracy is good and we have good economy but yet still under represented. This is not fair!" he stated.

Chao also said that they gained observer status with the World Health Assembly in May this year for the first time in 40 years.

"We need to face China with confidence and strength," Minister Chao maintained.

Meanwhile, the 2009 Taiwan Youth Culture and Study which kicked-off on July 28th, is being attended by over seventy youths from Europe and Taiwan, with only ten participants from Africa including The Gambia and Swaziland.

The Gambian delegation includes Louis Moses Mendy from State House, Lala Jaiteh from the Ministry of Foreign Affairs, Marcel Mendy, the Executive Secretary of the National Youth Council, Nfamara Jawneh of The Point Newspaper, as well as Lamin Dibba of the Daily Observer. 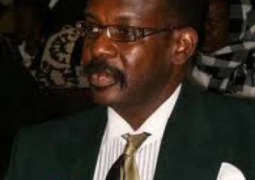