One of the highlight of July 22nd Celebrations this year, has been the visit of His Excellency Muammar AL Ghaddafi, President of Libya and current Chairman of the African Union. In his position both as African head of state and head of the AU, his statements would receive serious consideration and great impact wherever he goes in . His recent address to the youths at the Independence Stadium has not been an exception to the norm, as he dilated on important issues including African Unity, illegal migration and the role of youth in national development.

Of the more pressing and topical of the issues in many people's minds is the problem of illegal migration.

According to the Libyan President, who is also very aware of this negative trend, the youths need to "distance themselves" from the practice as they have greater service to give the continent and themselves. No message to African Youths can be more timely significant and relevant than this one. The term migration itself imports physical movement from one geographical space to another. Basically, there is internal migration within one's territorial boundaries, and external migration which involves traveling abroad. It nearly always means leaving familiar grounds, possessions, property, to another type of environment and existence often requiring various types of adjustments: cultural, climatic, social, working and living conditions.

In some cases, youths living abroad have had serious difficulties surving the initial period of migration. They could not find jobs let alone decent jobs and without the requisite skills they are compelled to take this first thing that comes their way. Many of such jobs are very low-paying and some even the minimum wage, thereby guaranteeing them life below the poverty line. Some of these jobs are not only menial but also arduous, requiring long hours and offering little rest and little pay. Their wages are barely able to meet the train or bus fares, plus settlement of rent and utility bills. Then there is feeding to think of some may live in squalid apartments being what they can afford.

Winter months bring nightmares of poor heating from paraffin or localized heaters. You need to earn triple or quadruple to afford central heating.

Reports of deaths or serious illness from sub-standard housing and heating are not uncommon among these Africans living in parts of . This situation is usually exacerbated by poor diets and lack of proper medical attention.

Many African migrants face racial discrimination and barriers in public places and at the work place, even very qualified migrants. They become compelled into a sub-normal existence, by pre-judge circumstances in which they find themselves. Ultimately you find many cases of Africans wanting to return to their home lands but could not because they left no house or other assets to fall back on, and certainly not a well-paying job. They are ashamed to return home amid such quandary: no wealth, no qualifications, no good starting point.

Some end up losing their brokers'. Some of the fairly successful ones keep going back and forth between the two continents familiar to them but which are largely unidentical whether by standards or lifestyle, culture or values. They could not be definite or decisive about whether, when, or where to finally settle. Most finally settle abroad because home lacks high-standard facilities, amenities and posh surroundings. They cannot be Africans anymore for them, African is only for Africans and perhaps Africanized Europeans; not for Europeanized Africans. They will choose the migrant country even though the quality of their lives there may be poor to pathetic.

And where does this leave illegal immigrants? Illegal migration implies that a particular migration is already tainted by illegality at the point of entry to one's destination.

The illegal migrant, firstly, faces all the challenges, disadvantages and trying conditions that face the legal migrant regarding especially employment, housing, board, discrimination and social life. But worse off is he, because if caught could spend years in jail and/or receive deportation orders an eventuality no one wishes to experience, not even the illegal migrant. Unfortunately, he would be better off only than the ones who had died on the way out, in those shabby boats, on those perilous seas.


"The old-fashioned respect for the young is fast dying out." 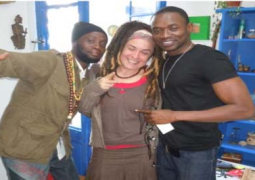