The National Chiao Tung University in Taiwan announced recently that it has developed a new type of technology to help treat cancer patients, CAN has reported.

Professor Chen San-yuan of the Department of Materials Sciences and Engineering said that after five years of research, his team has developed a multifunctional magnetic drug-nanocarrier that incorporates iron-oxide nanoparticles, which he said could effectively deliver drugs directly to targeted cancerous tumors.

The nanocarriers could not only significantly reduce side effects but also allow for higher dosages of anti-cancer drugs, according to Chen.

The university said that it recently signed a NT$10 million (US$336,034) contract with a local company, BioFirst Corp., to transfer the technology for commercialization.

BioFirst said it has confidence in the research team and will now work to commercialize the new technology.

THE KEY TO SUCCESS 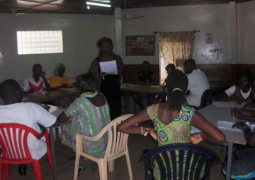