The bilateral relations between The Gambia and the Republic of China on have received yet another boost following the Gambian leader's four-day visit to .

President Yahya Jammeh who returned to the country on Saturday told reporters at the that his visit was successful, emphasizing that the areas of cooperation between the two countries are on track.

He added that the visit allowed both governments to expand more on certain key areas of technical cooperation, saying that the areas of cooperation between and The Gambia are all inclusive.

President Jammeh was full of praise for his Taiwanese counterpart. "President Ma Ying-jeou is a very great guy," he said.

This is President Jammeh's 8th visit to and first since President Ma Ying-jeou took over the leadership of that country.

Meanwhile, according to reporter who travelled with President Jammeh, the Tawainese leader had indeed welcomed the visit of his Gambian counterpart. He hailed President Jammeh for winning development for The Gambia.

The Taiwanese leader reassured the government and people of The Gambia of his government continued cooperation.

The two leaders reaffirmed their commitment to call for 's readmission to the specialized agencies of UN such as the WHO (World Health Organization).

Over the years the two countries have cooperated in key areas such as education, agriculture, health and infrastructure. 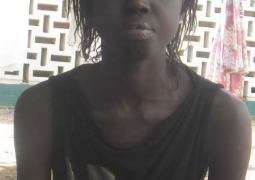