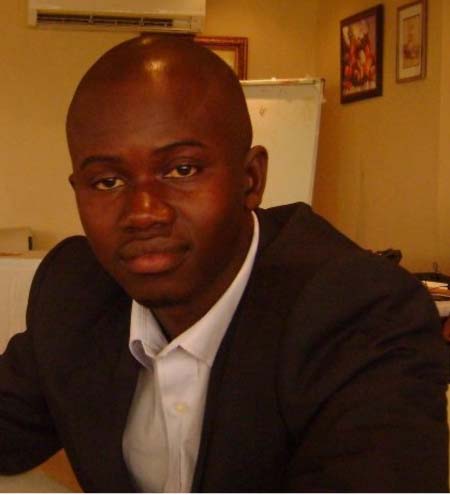 The Gambia Press Union keenly followed the press freedom situation in the country during the 2016 presidential election.

First of all, we applaud the Independent Electoral Commission and the Ministry of Information and Communication Infrastructure, for the relative ease with which press accreditations were provided to both local and international press.

We further applaud the IEC for prevailing on the GRTS to provide fair and balanced coverage to all political parties, during the official campaign period.

The private newspapers, Teranga FM Radio, and Eye Africa TV, have all done tremendous coverage of the elections and deserve to be singled out to be commended.

Thank you, our colleagues from the international press, for coming to Banjul, in order to give a voice to the Gambian voters.

We also wish to thank the UNDP and International Republican Institute for funding our election reporting training programmes. More than a HUNDRED journalists were trained by the GPU in the run-up to the polls.

We also thank the US Embassy in Banjul for providing the media hub for facilitating the media work of journalists during the election day.

However, ahead of the election, journalists faced threats, arrests and detention as well as undue restrictions on access to information by the state.

On November 8, the Director General of GRTS, Momodou Sabally, was relieved of his duties. Alongside Mr Bakary Fatty, one of his reporters, Mr Sabally was subsequently arrested and detained by the National Intelligence Agency.

He was detained for SIXTEEN days, before he was charged to court. Mr Fatty, meanwhile, remains in detention, with no access to his family or lawyers.

On Thursday November 10, Alhajie Manka, a freelance photo-journalists and Yunus Salieu, a reporter of Daily Observer, were arrested and detained for taking photographs of President Jammeh’s supporters during his nomination at the IEC. Yunus was released a day later, on Friday. Alhagie Manka spent SEVEN DAYS in detention at the NIA. He was subjected to lengthy interrogations and screening. Both Yunus and Manka were released without any charges.

On the evening of November 30, 2016, the government shut down internet connections, restricted international calls and SMS services. Although services were restored on December 02, the journalists who, in this 21st Century depend almost solely on internet connectivity, were left frustrated for two nights and a day. On Monday December 11, two reporters from Al Jazeera, were deported from the country.

The Gambia Press Union hereby condemns, in the strongest terms, the arrest and detention of these media practitioners.

We further condemn the blockade on internet, international calls and SMS services.

In this regard, we call on the government to drop charges against Momodou Sabally and discontinue his trial.

We call for the immediate release of Mr Bakary Fatty, who had been detained for ONE MONTH SIX DAYS today.

We also call on the government to respect the Nations Human Rights Council’s resolution on the promotion, protection and enjoyment of human rights on the internet - remove the blockade on WhatsApp and Skype and refrain from further interferences with the internet.

The Gambia Press Union is deeply concerned by the prevailing political uncertainties brought about by the unfortunate and regrettable U-turn by President Yahya Jammeh on the results of the December 1st presidential elections.

We are aware of the risks and challenges the current political environment poses to press freedom. We, therefore, call on both sides of the political divide to give full cooperation to the media, and uphold the values of press freedom.

We further call on all the security agencies to ensure the safety of journalists.

Equally, we call on the journalists to be professional in the execution of our duties. We also implore you to be effective and daring. These are crucial times.

Our people, our country, need us more than ever before. Let us give comprehensive coverage of events as they unfold. Let us adequately inform our wide ranging audiences and watch over the duty bearers.

More importantly, may I remind you that it is our responsibility to provide an open space for dialogue with a view to building a consensus towards resolving this potentially destabilising political crisis.

The GRTS, which has regrettably stopped the broadcast of divergent views, following President Jammeh’s U-turn, is particularly urged to play a key role in ending the logjam.

As an organisation that represents the interest of journalists, promotes and defends press freedom and freedom of speech, we are moved to take a position on the ongoing crisis because press freedom depends on democracy, peace and stability.

In this regard, we wish to call on President Yahya Jammeh, who had earlier endorsed the outcome of the Presidential election to, in the interest of peace, stability and progress, facilitate a smooth transfer of power.

This, in our view, will strengthen our democracy and ensure the peace and stability that we enjoyed over the years is intact.

We are very pleased to see the first-ever democratic change of power, which comes FIFTY-TWO years after independence.

Our democracy has waited too long to reach this important milestone. But the people have now spoken. The contest was fair, as reported by election observers, including the CSO Coalition. The victory was clear. The winner was declared. The defeat was conceded. There’s, therefore, no turning back.

As the FOURTH ESTATE, we are biased in favour of the verdict of the Gambian people. And, we applaud the position taken by the Gambia Bar Association, Female Lawyers Association, Gambia Teachers Union, TANGO, National Youth Parliament, Medical and Dental Association.

We hereby offer our support to work through a civil society consortium towards a non-violent transition. 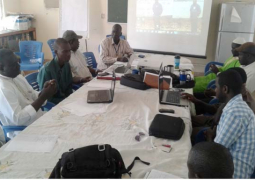