Sajuka Youths Development Group (SYDG) in Niumi Essau in the North Bank Region is set to celebrate the Day of African Child, to be held at on 16 June 2009.

When contacted Mr. Alpha Jallow, SYDG's Secretary- General confirmed that, the committee has agreed to identify one hundred participants from various disciplines, such as drama groups, choirs, just to name but a few.

According to him, participants would leave for Farafenni a day before the event, so that they will be able to have time to relax.

Mr. Jallow revealed that his group attaches great importance to this event, noting that Sajuka annually commemorates the day. He added that the fundamental reason is to meet youth's organisations and clubs, so that they can learn from one each other in the interest of Gambian children.

"We will use our drama groups to send the messages across to a larger audience on the importance of child rights, need for pregnant women to visits clinic, HIV/Aids and other issues related to children", he added.

Talking about SYDG, he stated, "the group was established in 1980s and since then it has been contributing a lot in development, particularly in the area of education and health in its intervention communities".

Mr. Jallow revealed that SYDG has formed a number of working children groups that aim to ensure that children go to school regularly and enjoy their basic rights rather than being engaged in petty trading.

He used the opportunity to urge all stakeholders and parents to work hand-in-glove to ensure that our children's future are bright, while calling on NGOs, companies, business men and individuals to support the trip to Farafenni. 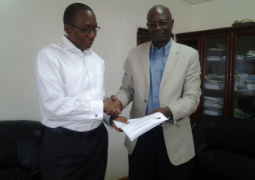 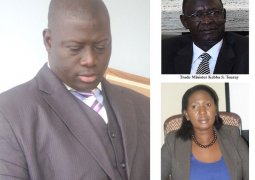