Mr. Ansumana Marena, better known as Julakay, Managing Director of Julakay Construction and Engineering Company Limited, is entangled in yet another theft case at the Kanifing Magistrates' Court.

Meanwhile he was offered a court bail on the deposition of D4, 500, 000.00 or the provision of two Ganbian sureties, one of whom must have a landed property of that value, the title deed of which is to be deposited with the Assistant Registrar.

In the first case he was charged for allegedly stealing the sum of D13, 587, 782.41, the property of Julakay Construction and Engineering Company Limited whilst in the second case he is being charged on three counts of stealing, making false documents and uttering false documents.

In that particular case he is being accused of having stolen a motor vehicle (L200, Mitsubishi) valued at D600, 000, also the property of Julakay Construction and Engineering Company Limited, and fraudulently presenting a false document dated to the Licensing Authority with the intention that it will be acted upon as genuine. He is also alleged to have made a document, dated , and addressed to the Inspector General of Police which he knew to be false or does not believe to be true.

Asumana Marena is said to own 30% shares of Julakay Construction and Engineering Company Limited, whilst jailed former Majority Leader, Baba Jobe, owns 40%, Foday Lang Sarr 15% and 15% in the name of the Company. 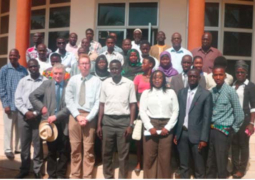