Reliable sources reaching this paper have it that Abdou Njie, producer and presidential affairs correspondent at the Gambia Radio and Television Services (GRTS), has now been appointed as the new Press Officer at the Office of the President.

A product of and the Gambia Technical Training Institute (GTTI) Law Program, Njie joined GRTS in October 2006 as an announcer, then rose to the rank of assistant producer before he was subsequently promoted to the rank of producer in late 2008.

He now occupies a post that has been vacant since the appointment of Momodou Saidy as the Director of Press and Public Relations (DPPR) under the Office of the President.

Producer of a documentary series called “my country” on GRTS; Njie confirmed his appointment to this paper yesterday, noting that he had over the years worked closely with the Director General of GRTS, whom he regards as a mentor. 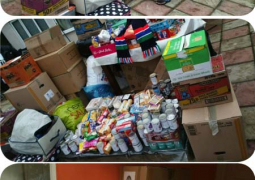