The conviction and sentence follows the convict's own plea of guilt to the offence of assault causing actual bodily harm.

According to the facts of the case as narrated by Prosecutor 1674 Ceesay, the incident happened on 13th April 2009, at Kotu, when the convict was sitting with his colleagues and later a quarrel erupted between them, when the convict took a bottle and hit one Alfusainey Manga on his fore head, thereby causing him actual bodily harm.

The prosecutor further told the court that the accused was arrested by one CPL Njie and took him to Kotu Police Station, while the victim was rushed to the health centre where he was given medical treatment. 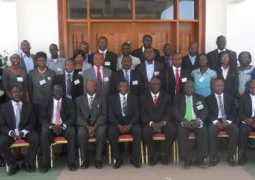