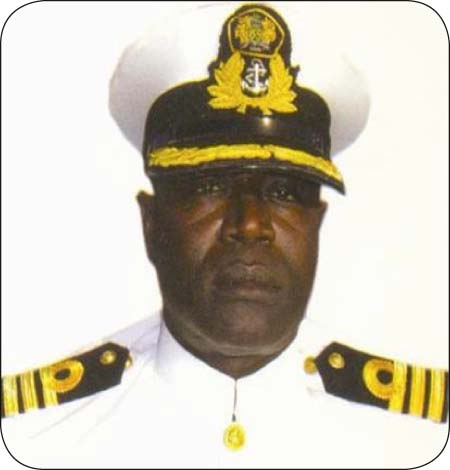 A five-member panel of judges of the Supreme Court of The Gambia headed by the Chief Justice yesterday set free Rear Admiral Sarjo Fofana, following a judgment delivered on the appeal he filed before the court.

In the same vein, the Supreme Court dismissed Lt. General Lang Tombong Tamba’s appeal on count 3 and 4, and discharged and acquitted him on count 1, which was conspiracy to commit treason, and count 2, which was treason.

Delivering the lead judgment, Justice Gibou Janneh said the appellants were arraigned at the high court on a four-count charge of conspiracy to commit treason, treason, and concealment of treason before Justice J.E. Ikpala.

He said at the closure of the prosecution’s case, the defence opted for a no-case-to-answer submission, which was rejected by the court and the accused persons through their counsel refused to enter into their defence.

The appellants, not happy with the judgment, through their counsel filed an appeal separately at the court of appeal, which was dismissed.

The appellants further filed an appeal before the Supreme Court.

“Having gone through the appeal filed by the defence and the statement of case filed by the state, the fact is whether there is sufficient evidence to warrant conviction of the appellants,” the judge said.

The prosecution in counts one and two relied on the corroborative evidence of its witnesses, Justice Janneh went on, adding that in his view the trial judge was speculative in his decision.

The trial judge recorded that PW5, Yahya Darboe, was not sworn when testifying and the defence applied for the witness to be treated as a hostile witness.

He said the trial judge missed two legal principles regarding a person to be sworn.

It seemed that the trial judge was not aware of section 125 of the criminal procedure code, and counsel did not also bring it to his attention.

The trial judge having realised the error of Yahya Darboe testifying without being sworn, and no reason was given as to why he was not sworn, ought to have excluded him or not taking into account his evidence, in his judgment regarding the guilt of the appellants.

The trial judge wrongly took the evidence of PW5, Yahya Darboe, who was neither sworn nor examined legally.

On concealment of treason, there was nothing in exhibit A which corroborated the evidence of PW1, Major Momodou Alieu Bah, adding that what it stated was that Tamba had knowledge of the planned coup.

Apart from admissions in exhibit C, the court had no corroborative evidence to rely on, and had the appellant, Tamba, testified at the closure of the prosecution’s case, the judge would have been convinced.

Justice Janneh further said it was risky and a gamble for the appellant not to give evidence, when the court rejected his no-case-to-answer submission.

He, therefore, held that there was no miscarriage of justice, hence dismissed the appeal on the concealment of treason and affirmed the conviction of the high court.

The appeal of Rear Admiral Sarjo Fofana was allowed, and he was therefore acquitted and discharged.

For Lt General Tamba, he was acquitted and discharged on count one and two, and his appeal on count three and four was dismissed and the conviction of the high court was affirmed.

However, the Chief Justice said the appellant, Lt General Tamba, had knowledge of the planned coup; he therefore dismissed the appeal on counts one and two.

In respect of counts three and four, he agreed that the appeal be dismissed.

He agreed that for Rear Admiral Sarjo Fofana the appeal be allowed, and the appellant be acquitted and discharged.

All the other judges supported the judgment.

All is not lost

Wish all a Happy and Prosperous New Year