Swine flu at next door!

The recent report by the neighbouring Senegal of H1N1 outbreak, is a cause for concern.

As such, we call on the people to be careful not to expose themselves to the swine flu.

has confirmed an outbreak of the swine flu in , where many Gambian Muslims participated in the recent annual pilgrimage, in honour of Islamic scholar, Serign Touba Mbakeh.

Our health authorities should be at alert to update the people of their activities and the measures taken to avert this killer-disease from reaching us.

Thus, there is a need for the country to revitalise its plans to avert an outbreak in the country.

The movement between our two peoples can make Gambian even more vulnerable to the disease, making it a cause for concern.

The authorities should share information with their Senegalese counterparts to update them on the matter.

Since it's confirmed in Touba where many Gambians have just returned, we encourage the Health ministry to invite all those Gambians who attended the Magal for a testing spree to help curb the pandemic.

Of course, the swine flu outbreak in sends signal to The Gambia for us to be more careful and to be on the alert.

We must take all necessary actions for prevention and response. It is very significant that the government takes the lead role in addressing this all- important fast spreading disease with partners like the WHO.

What we want to emphasise is that an outbreak in the neighbouring country is a big cause for concern and a serious threat.

Also, those at the borders must be screened against the spread of the scourge.

I was given D4, 000 for Ex-NDEA Director - Witness tells court 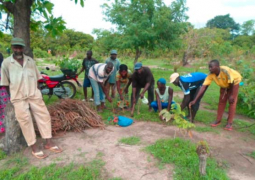 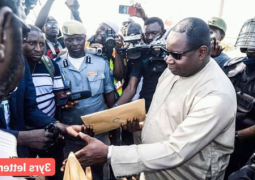