The one-hour press briefing was meant to inform journalists about the activities that would be organised during the course of the week-long period. This will also avail the initiators with the unique opportunity to organise seminar for physical education teachers, coaches and sports coordinators in August.

Organised by the National Sports Council and the Ministry of Youth and Sports, in collaboration with Scholar Athletes for Change and the Ministry of Basic and Secondary School, among other partners, the programme seeks to create awareness on sexually transmitted diseases and other illness that contribute to the low mortality rate, to show children that it is possible to succeed simultaneously in both education and sports.

Speaking to the press, the Coordinator of the Basketball Summer Camp, Joseph Jallow said Scholar Athletes for Change is all about helping young athletes benefit from the initiative.

"During the camp,  topical issues such as HIV/Aids, opportunities sports can give young athletes, nutrition, injuries in sports amongst other important areas would be discussed," Jallow who contributed immensely in revitalising basketball in the country explained to journalists.

Jallow, who commended all partners in this worthy cause for their efforts added, "This year we have a game on August 7th to see how the skills are being put into practice."

As part of the programme, Jallow went on, an international coach from will travel to to train campers, as well as conduct the seminar.

Jallow further used the opportunity to disclose that the coach will also be present to observe the youths at play. He hoped they would be able to scout talents that can be recommended to educational institutions, teams and agents in Europe and the . 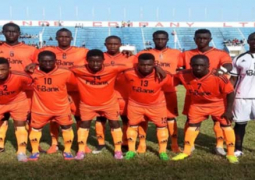