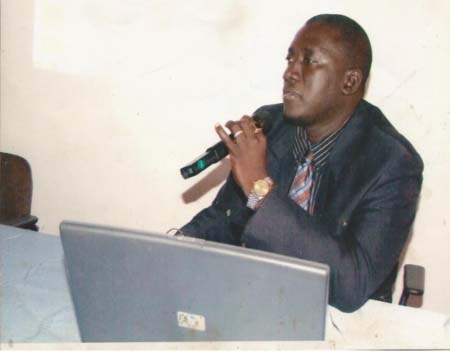 Management Development Institute (MDI) on 26 April 2014 wrapped up a five-day training on gender awareness and leadership at the conference room of the institute in Kanifing.

The training, which started on 22 April 2014, attracted participants from mainly Gampost, Central Bank of The Gambia, National Assembly and MDI as the service provider.

Important modules were covered during the training, such as Basic Gender Concepts and Definitions, Situational Analysis of Gender in The Gambia, Gender Responsive Budgeting and its importance, Strategic Management, Personal Branding, Visibility and Integrity at work, Understanding Teams, Conflict Management and Reproductive Health, Leading Change in Contemporary Organisations among others.

During the closing ceremony, Lang Sanyang, senior lecturer at the UTG and acting-Director of UTG Consulting, thanked the participants for actively taking part in the training.

He emphasized the value of the training, saying it was timely and fitting for the target groups, as stakeholders.

He urged institutions to engage the MDI the more, as it is known for delivering in its mandate, which includes research and consultancy training.

Mr Sheikh Omar Fye, Head of Gender and Development Department and Course Coordinator, gave a brief statement, as well as thanked all those who contributed in one way or the other in making the training successful.

On behalf of MDI, he urged the participants from the National Assembly to engage the Ministry of Women’s Affairs and the Women’s Bureau to maximize their links with the MDI Gender and Development Department by ensuring that training research and consultancies are given to the department, which has been contributing relentlessly in building the capacity of the Women’s Bureau staff.

The acting-Head of Department of Economics and Management Sciences, Mohamed E. Jammeh, gave the closing remarks on behalf of Dr Jainaba M.L. Kah, who doubles as Director General of MDI and acting-Dean, and Mr Alieu K. Jarju, Deputy Director of MDI.

Mr Jammeh urged the participants to make good use of the knowledge and experience gained during the training.

He also thanked the course coordinator for making sure the training was conducted in a professional manner.

He stressed the need to make good use of MDI School of Business and Public Administration.

The participants were certified together with books on women in top management in The Gambia, given to them by the Gender and Development Department on behalf of the institute.