Storm Kills One, Injures Many, Affects 500 Compounds in CRR

A recent storm that ripped through a number of villages in Central River Region (CRR) claimed the life of a three-year-old boy, injuring many as over 500 compounds were seriously affected.

Musa Sidibeh, three, was reported to have died as a result of being hit by a falling tree that sliced through the house he happened to be sleeping in with his parents in Sareh Kanimang in Upper Fulladu West, CRR South.

The most villages with widespread damage include Brikama-Ba, Sololo, Kaur, Lamin Koto, Badala and Janjanbureh, where some people reportedly sustained serious injuries.

According to Pa Musa Kijera, Regional Red Cross Officer CRR, many of the affected compounds lost many of their materials including foodstuffs. 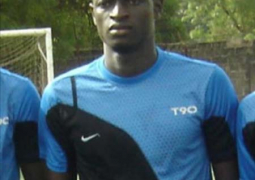