As the preparations for 2010 Commonwealth Games pick up speed. The Organising Committee of the 2010 Games has engaged Maxxam International of Australia to conceptualise, design and execute the Queen's Baton Relay, a quintessential part of every Commonwealth Games. This Sydney-based event management company has handled several similar prestigious international events in the past and is also handling the Olympics 2008 torch relay.

The Queen's Baton Relay will commence, from Buckingham Palace in London, on being launched by Her Majesty Queen Elizabeth and will visit 71 CGAs before arriving in India. The Baton will travel for 245 days, at an average of two days per nation, before reaching in July 2010. The Baton will then undertake a 90-day tour of the country, visiting every state capital.

The logo for the Delhi 2010 Games was launched at an exciting event held on the lawns of India Gate, 's premier landmark, on . The logo is inspired by the Charka, a national symbol of freedom, unity and power. Prior to this, on the same day, the "1 000 Days To Go" run was held in which 1 ,000 eminent sports personalities and over 50,000 enthusiasts participated.

The Honorary Medical Adviser, CGF, Prof. (Dr.) Jegathesan, visited Delhi and Pune, has expressed his satisfaction with the progress made on the medical and doping control preparations for the Commonwealth Games Delhi 2010 and Commonwealth Youth Games CYG Pune 2008. 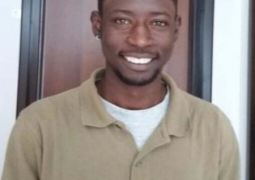