Famara Bojang, the erstwhile Chairperson of Gunjur Village Development Committee (VDC), has told The Point that he would not surrender any document or valuable of the village to what he has called the "so-called task force or VDC."  He said that the Alkalo, the Ward Councilor, the Chief or any authority concerned has not requested him to give any documents to anybody.

However despite the building tension, the community of Gunjur comprising youths, elders and women met recently to install their new VDC Chairman. The newly appointed Chairperson of the VDC is Mr. Abdourahman K. Touray. Speaking at the occasion, the Alkalo of Gunjur, Alhagi Sabaki Touray, advised the youth to be very mindful in the steps they take towards developing the village. He said that the older generation has done what they could in their own efforts. "You must unite as one family despite your different party affiliations and sentiments if you want to achieve your dreams," he told them.

Omar N. Darboe, a member of the task force, said that they would follow the advice of the elders and authorities. He assured the Alkalo that the VDC would work hand in glove with the government of the day.

Fa Malick Touray and Sheriff Darboe, the heads of Koneeto and Darboe Kunda wards respectively, and members of the elders council, assured the youth of their support in any meaningful development they undertake.

The new VDC Chairperson, Mr. Abdourahman K. Touray, assured the villagers that he would serve with dedication and honesty. He said it is very pathetic to see Gunjur in such a terrible condition just because of an improper VDC. "We have the potential and human resources, all we need to do is work as one people to achieve our goals," he said.

Famara Bojang told The Point, "How can I take the risk and surrender all this documentation to unknown persons who call themselves the VDC?"  He has however informed this paper that whenever he is authorised to do so, he would hand over the relevant documentation. He said, "All I care about is the development of this noble village [Gunjur]. 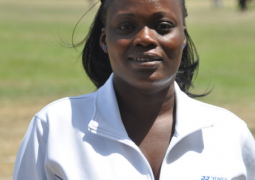 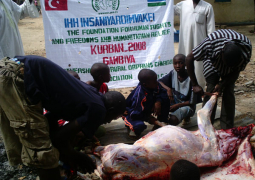