Lawyer L.K Mboge was yesterday cross-examined by the state prosecutor at the Banjul Magistrates’ Court before acting-Principal Magistrate Taiwo Agabala.

Mboge under cross-examination admitted preparing exhibit A for his clients under their instructions, and that he gave instructions to his assistant to file exhibit A.

He said he called Saikou Barrow, the fourth prosecution witness (PW4), to come and collect exhibit A for his father to sign it, but Saikou said his father was at Sanyang village, while he (PW4) said he was busy at his orchard.

He added that he did not find out whether exhibit A was signed by PW4, but it was filed under the instructions of Saikou Barrow (PW4) and his father, and that the deponent was one Alhagie Muhammed Barrow.

"I did not sign or thumbprint exhibit A. I only endorsed it and I did not know who signed it," Mboge told the court.

He continued to deny that he had admitted to signing and thumbprinting exhibit A at the Police headquarters in Banjul.

However, he admitted that he withdrew the motion under the instructions of his clients.

POINION: ORBITING THROUGH GAMBIA TOURISM: IN SEARCH OF THE TOURIST 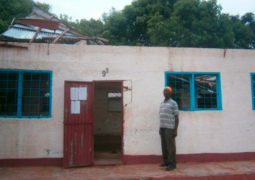