Alhagie Modou Jeng, biological father to one Malick Jeng now deceased, and one Dembo Bojang, earlier this year charged with murder, were yesterday convicted and sentenced to a fine of D30, 000 in default to serve five-years-imprisonment.

This development followed a judgment delivered by Justice Joseph Ikpala of the Special Criminal Court in the case, following the prosecution and the defence’s closure of their case.

The judge after evaluating the evidence of the prosecution witnesses found the accused persons guilty of a negligent act causing death, instead of murder, and fined them D30,000 in default to serve five-years-imprisonment.

In his marathon judgment, the judge stated that the accused persons are culpable for a negligent act causing death, but not for murder.

State prosecutors charged the duo with conspiracy to murder, administration of noxious substance to endanger or cause grievous harm, murder, rash or negligent act causing death and failure to provide the necessities of life and thereby endangering life.

Prosecutor accused the duo of conspiring among themselves at various places to murder Malick Jeng on 1st March 2010.

They were further accused of administering noxious things on the person of Malick Jeng, which endangered his life, in the same month and date, at the premises of Dembo Bojang in Somita.

State prosecutors further accused Alagie Modou Jeng, that between January and March 2010 in The Gambia, being the biological father of Malick Jeng and the person charged with the duty of providing necessities of life, of failing to provide orthodox medication to Malick Jeng and thereby caused his death. 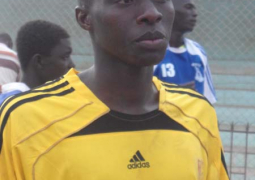