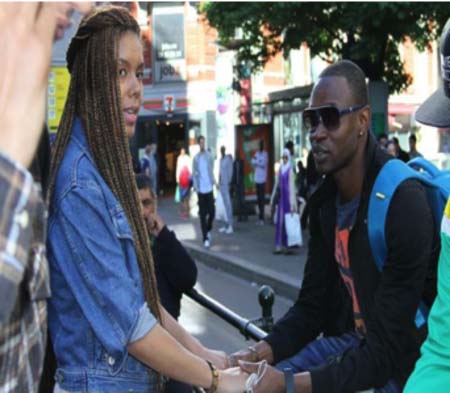 Produced by Sunland Music under Hakim, the exceptional video is currently making waves in social networking sites like YouTube, he said.

The concept of the ‘Rejoice’ track is talking about self-esteem and confidence, as he tries to dispel rumours people tend to spread without iota of truth in what they say.

Singhateh informed Point Entertainment & Lifestyle in an interview recently that the video was shot in Norway, Oslo, at MandingMorry Entertainment supervised by Ibrahim Ceesay.

“The track is still enjoying massive promotion, especially in Europe, with lot of sound systems still playing it. Many DJs have it as a Duplet for their sound system. Since we the vocalists have only our voice, I decided to put it into music that many can be able to hear and learn from it. The song is too deep and the message in it makes it even more powerful,” he explains.

He said the rhythm is made by Hakim of Sunland Music, but the production was done in Atlanta, Georgia, by Brian Hood of Hit City Studios.

Singateh revealed that during his tour, he shot two videos and this is the first one he has released, adding that the next one will follow in four months’ time.“Right now I am working on networking with TV stations to get it aired,” he said.

According to his website, the ‘Rejoice’ album comprises 14 tracks. It was recorded in various recording studios in Germany, the US and Canada.

However, the most fascinating thing about this new inspirational album is the level of music contents that cannot be compared to any at the moment.

It boosts high quality sounds, representing one of the best creative artworks of the Gambian international.

Singateh is one of the most successful Gambian artiste of recent times promoting his albums at all corners of the world.

The reggae sensation burst into the scene in 2001, with the release of his first composed single “Gam-Saints Reconciliation”, a song dedicated to Gambian students urging them to reconcile and put aside their differences for national interest.

This single later earned him the much needed respect and popularity from all sectors of The Gambia and beyond.

Following the popularity of his first single, he dropped another one entitled “More Message”, a song that calls for youth empowerment. The reception and success of these two singles earned him the “Best Solo Artist of the Year 2001”,” West Coast Radio Artiste of the Year 2002”, “ YIDAC PILLAR of the Year 2002”, and “Friends of the Children” .