As the government commemorates the 20th Anniversary of the July 22nd Revolution from 9 to 19October 2014,we would like to congratulate Mr President for having managed, through thick and thin, the affairs of The Gambia over the years.

As a development-oriented media institution, we always highlight the achievements and shortfalls of the government of His Excellency, for the good of national development.

Since the President took over the reins of power in 1994, we have noted the achievements he has registered over the years, especially in the health sector, which has seen the construction of many health centres and hospitals countrywide with several doctors coming from overseas, such as Cuba, Syria, Egypt and Nigeria, to serve.

In the education sector, several primary and secondary schools and a university have been built, which are serving the nationals well.

Over the years, the country has also seen the establishment of four GSM companies namely, Gamcel, Africell, Comium and QCell, which has placed The Gambia on a higher pedestal in terms of internet service of high quality.

On communication, the national TV was launched in 1995 to actually promote divergent views as a state broadcaster.

In respect of infrastructure, many roads across the country have been built, such as in URR, LRR, CRR and West Coast area. For example, there are the Soma-Basse road, and Basse-Wellingara road. The South Bank region has also seen the rehabilitation of the Madinaba-Soma road.

In the agriculture sector, the nation has witnessed some drastic improvement with multi-million dollar agric projects being implemented across the country.

People in The Gambia are also enjoying religious tolerance under the current leadership and government, for which we must thank the Almighty Allah for making The Gambia a role model.

In terms of peace and security, The Gambia is envied by many nations around the world for her religious tolerance and how amiably the people are living.

While a relative and sustained economic growth has been maintained over the years, the ramifications of the deteriorating purchasing power of the Gambian dalasi and the rapid rise in prices of essential commodities is not commensurate with the income level or earning power of the masses of people in the country, and is a matter of concern to all genuine citizens of The Gambia.

However, there are some clear challenges the country is faced with, for which we must express concern as a development-oriented media.

Human rights is one. We have noticed that many people arrested are detained for more than 72 hours without being charged, which is contrary to the requirements of the constitution.

Some people acquitted and discharged by the courts, are rearrested and detained again. We should always endeavour to maintain and respect the independence and decisions of the Judiciary.

Press Freedom is another issue of concern. We believe that all draconian media laws should be abolished especially knowing that The Gambia is a signatory to Article 19 of the UN convention which promotes freedom of expression.

The state media should be seen as an instrument of equal rights and justice, promoting divergent views of both the ruling APRC party and the opposition.

Government and the media are partners in development; this must also be borne in mind, as we are not enemies.

For instance, the independent or private press should have access to information from government quarters to be able to give accurate information in reporting of national issues. In this vein, a director of press should be appointed to facilitate the job of the journalists.

A Government spokesperson should also be appointed to speak to the people and the world about issues of paramount importance.Such a person should serve as a link between government and the public on state matters to avoid misgivings and rumours, which creates unnecessary panic in society.

The energy sector is another bone to pick with government, as it has also been experiencing rapid deterioration in respect of the supply of electricity and water, which are becoming increasingly inadequate whilst bills are skyrocketing frequently.

The ferry service is also facing its own challenges. We should consider soliciting support and assistance from friends of The Gambia to acquire new ferries for Banjul-Barra and Yellitenda crossing points, particularly.

The situation of roads and streets in the capital city of Banjul and KMC is worsening by the day as roads in these communities are very poor, while other areas need rehabilitation of new roads.

Furthermore, public transport in the urban areas and upcountry should be improved upon with more vehicles on the roads. In the same vein, more flights and airlines from other parts of Africa and the world should be encouraged to operate in The Gambia to make travel simple and get the country connected more with the outside world.

At this juncture, we would like to commend the authorities that saw through a peaceful and successful election of the current executive of the Gambia Football Federation (GFA), especially the Alhagie Sillah-led Normalisation Committee, which also ensured that the two-year ban on Gambia from participating in all international football competitions was lifted.

It is, therefore, essential that the newly-elected GFA executive led by Lamin Kaba Bajo handle football affairs prudently, because sport is very vital in our society as it creates entertainment and business, as well as spur energy and good health. Government should, therefore, continue to support the growth of sports in this country with more resources put into football, basketball, athletics, wrestling, tennis and other sporting disciplines. Technical staff should also be improved upon to take our football to higher heights.

We are also pleading with the government to consider giving amnesty to some prisoners, as well as promote national reconciliation.

As we celebrate the 20th anniversary of the July 22nd Revolution, we are appealing to the President and his government to give amnesty to all people found wanting, both to those currently detained and those outside the country.

We are also calling for a national reconciliation, as well as for the application of the Islamic value of forgiving one another, to open a new page for The Gambia to move forward.

When all is said and done, the quality of life of the people, respect for human rights, and the state of our infrastructure determine whether we are being led to national cohesion and development.

We would, therefore, like to congratulate the President and the whole Gambia as we celebrate tomorrow the 20th Anniversary of the July 22nd Revolution.

“As we celebrate the 20th anniversary of the July 22nd Revolution, we are appealing to the President and his government to give amnesty to all people found wanting, both to those currently detained and those outside the country”. 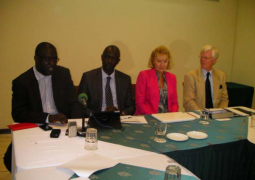 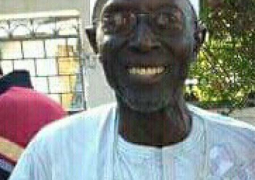 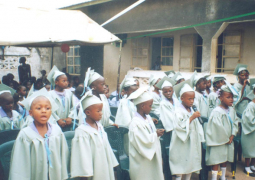