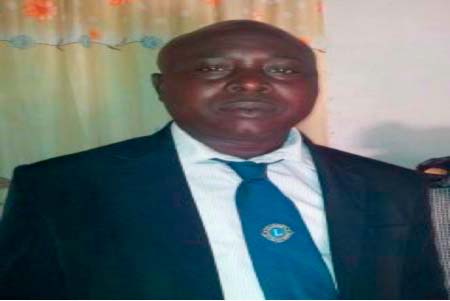 The Public Relation Officer (PRO) of the Gambia Police Force (GPF) Foday Conta has told the press that the body of the former United Democratic Party (UDP) Youth Mobiliser, Solo Sandeng, who was reportedly killed by operatives of the defunct National Intelligence Agency (NIA), has been exhumed, as investigation continues with a view to bringing his alleged killers to justice.

According to the Police PRO, on Saturday 4 March 2017 members of the Police Investigating Team visited the coastal village of Tanji, Kombo South, where it was believed the late Solo Sandeng, the UDP Youth Mobiliser,  was buried after he was allegedly arrested and killed by members of the defunct NIA.

“During the exhumation, the suspected grave of Solo was identified by Saikou Omar Jeng, former NIA Director of Operations who was also the team leader of Solo Sandeng’s alleged torture and subsequent death,” police PRO Inspector Foday Conta said.

“A medical team from the Edward Francis Small Teaching Hospital, Solo Sandeng’s son and brother, Muhammed Sandeng and Famara Sandeng, were all present to witness the exhumation process,” the police PRO added.

The remains of the late Solo Sandeng, he disclosed, “are currently at the Edward Francis Small Teaching Hospital for medical examination so as to establish the actual cause of his death, and help the police in their marathon investigation with a view to bringing his alleged killers to justice.”

GNOC asks Sports Council to withdraw statement or else...