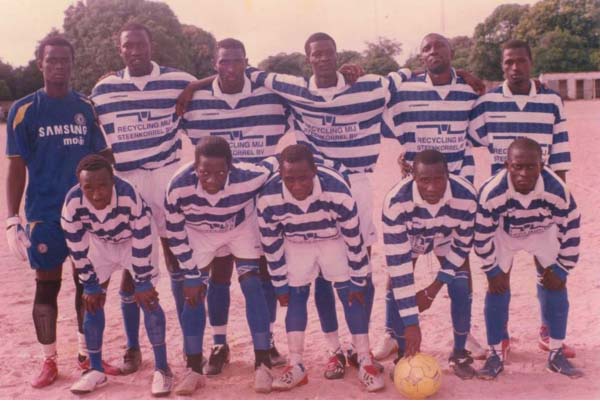 Solifo Investment FC on Sunday beat Halifax FC 3-2 in the qualifying round playoff tie played at the Gunjur Nyamina Football Field to snatch a place in the 2014-2015 Gunjur Nawettan proper.

Solifo Investment, who were relegated following their woeful performance in the town’s biggest football jamboree last season, came out strong and dominated Halifax in all departments in the field of play.

Solifo Investment opened the tally through creative midfielder Sanna Jallow in the 10th minute of the game from Ousman Sawaneh’s excellent cross to give his side the lead before Yaya Touray AKA Rapa sealed the victory in the 55th and dying minutes of the game to earn Solifo Investment a place in the upcoming Gunjur Nawettan proper.

Halifax responded quickly for an equalizer and mounted heavy pressure on Solifo Investment.

They created numerous goal-scoring opportunities and managed to pull back two goals through centre-back Buba Gibba Mick and talisman Falagie Bojang Madu in the 59th and 65th minutes of the game, which eventually proved to be a consolation for Gunjur Fabaida-based outfit.

Central Lanuja FC also sailed to the Gunjur Nawettan proper after finishing as best losers of the qualifying round.