The regional health directorate for West Coast Region, in collaboration with NACP, NAS and other development partners, on Tuesday organized a daylong sensitization forum on prevention of mother to child transmission of HIV/AIDS (PMTCT).

The forum, sponsored by First Lady Madam Zainab Yahya Jammeh, was among others aimed at creating more awareness about the epidemic of HIV/AIDS.

The forum was also another opportunity for the stakeholders to share their experience and expertise on issues related to PMTCT and see possible ways of coming up with some recommendations that can be used or adopted in the best interest of all.

In the official opening ceremony of the forum held in Kanifing, the Regional Director of Health Services, Alagie Saine, described HIV/AIDS as one of the most far-reaching and damaging epidemics the world has seen over the years.

According to him, the epidemic has not only caused high mortality and morbidity among Gambians but continues to pose a great challenge on “our economy as a nation”.

He noted that the costs incurred on HIV/AIDS programmes are high and one of such is the prevention of mother to child transmission of HIV/AIDS.

The PMTCT programme, Mr Saine added, has been supported by Global Fund and the Gambia government through its line Ministry of Health and Social Welfare.

He stated further that in The Gambia, the PMTCT is barely 10 years old since its inception and there are strategic plans developed to scale up the implementation of the programme.

“As a nation, we must applaud our leader the President of the Republic for his valuable gift to every single household in The Gambia by declaring a free of charge maternity service for all Gambians and residents of The Gambia,” he stated.

The purpose of the daylong sensitization meeting, he went on, was to determine the factors influencing male involvement and participation of PMTCT services to influence the utilization of the PMTCT services and curb the spread of HIV.

Reports, he said, show that men are accustomed to making RH decision even without permission from their wives or partners.

“They decide when to have sex, how to have it, how many children to have and how many wives to marry. Men are household heads and impose authority over their partners,” he indicates.

He also said evidence has shown that approximately 75 per cent of antenatal clinic attendants would test for HIV whilst pregnant, adding that nationally, HIV prevalence is to be pegged at 1.2 per cent, and 50 per cent of Gambians live below the poverty line of less than US$2 a day, coupled with gender-based violence that are swept under the carpet. 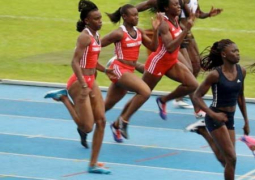