Members of the 12th Senegalese legislature on Wednesday voted against a censure motion tabled on 20 December 2012 by 16 MPs from the ex-ruling Parti Democratique Senegalais (PDS) and the independent group in Parliament in a bid to topple the government of Prime Minister Abdoul Mbaye.

In the end, only 14 members of parliament supported the “No Confidence” in the legislature in Dakar.

Under Article 96 of the National Assembly’s rules and procedures, only the votes of those who voted in favour of the motion were to be announced.

The same rules provide that until the present session ends in June 2013, the Group of Liberals and Democrats in Parliament can no longer table another censure motion.

In his capacity as Managing Director of the erstwhile ‘Banque Internationale de l\’Afrique de l\’Ouest’ (BIAO), Prime Minister Mbaye had assisted former Chadian President Hissene Habre, in opening a bank account in the bank to receive some CFA 16 billion, when he fled to Senegal in 1990 after he was overthrown.

Habre has been living in exile in Senegal since then.

“I totally and fully assume the facts. I am all the more at ease, since no illegal action was committed”, Prime Minister Mbaye said during the parliamentary debate on Wednesday evening.

He described as ignorant, the authors of the censure motion, who accused him of money laundering and receiving stolen goods.

In his argument, Mbaye dismissed talk of any transfer of money allegedly received by his bank on behalf of Mr. Habre as untrue.

Regarding ongoing pursuit of ill-gotten wealth launched against stalwarts of the former regime, Mr. Mbaye said: “All those involved in financial wrongdoing will be held to account for their deeds. This applies to the past, to the present and to the future. If this censure motion is all about setting up a fire-proof shield to protect its authors from sanctions, then it’s a waste of time and effort. It’s a mere diversionary tactic.”

According to him, transparency is the hallmark of good governance, which the new regime has defined for Senegal, and which revolves around “moral governance first, then economic governance and finally social governance.”

“After the adoption of the law authorizing Habre’s judgment”, the opposition PDS argues, “Senegal will soon launch the trial. Integral to these legal proceedings, our country should not allow its image to be sullied, because in one way or the other, the Prime Minister will be summoned to testify in court”, it added.

On the same issue, three Chadian NGOs have decided to file a complaint against Senegal’s current Prime Minister over alleged complicity in money laundering.

Judicial sources indicate that the complaint will be filed as early as mid-January 2013. 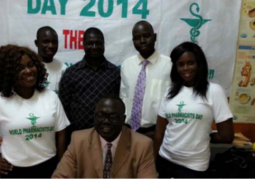