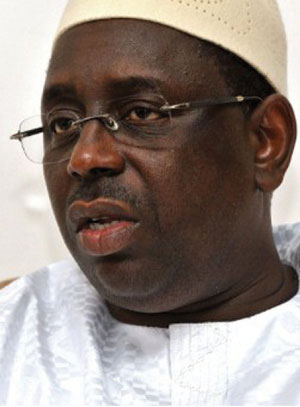 If the words of Senegalese President Macky Sall are anything to go by, decriminalization of press offences will soon be a reality in Senegal.

President Sall, who made the assurance on Friday at the closing ceremony of the fifth African Media Leaders Forum (AMLF) held in Dakar from the 9th – 10th November, said Senegal is matured enough to vote for this legislation.

Addressing the forum, President Sall said he was finally convinced of the merits of a law decriminalizing press offences.

“I am for decriminalization of press offences, but must face the fact that the stakeholders will meet to define the process,” Sall, who moderated the final panel of the forum, said in response to a question by Mo Ibrahim, President of the Mo Ibrahim Foundation, as to what the conditions are.

According to the Senegalese leader, he was convinced about this move by his former adviser and current Minister of Good Governance, Abdoulatif Coulibaly.

The National Assembly, he stated, will soon meet to enact the law for journalists in Senegal whom, he added, will no longer be imprisoned in connection with their professional work.

The Senegalese leader felt it is also necessary under the law to “define and ensure that there are enough safeguards to prevent abuse.”

“The boundary between what might be called press offences and national security could well be treated as a civil matter. When press offenses are decriminalized, it means that there are solutions other than criminal litigation,” he told the gathering.

He assumed his audience that measures will be taken by the profession itself to maintain the rules of ethics and conduct in the profession, which he said contained “good and not so good” elements.

Macky Sall is of the opinion that “we can agree on another procedure which allows us not to go to court”, in particular through the application of labour legislation.

He also commended the Senegalese media for reviewing the newspapers in the local languages, noting that the majority of the people in Senegal are not literate.

Addressing over 400 media owners at the gathering, Presidential Sall announced that “media houses in Senegal will no longer pay taxes, and will receive a US$1 million subvention annually.

Noting that this could increase when things are more organised, President Sall said the media houses with more readership will benefit more from the subvention.

He also announced that only those who are professionals, and not politicians, will benefit from the subvention.

Asked about his African peers, who cling on to power, Macky Sall supported the idea of a two-term limit, stressing: “that concept is obsolete. It had its time, and we will do something else because there is still life after the presidency.”

Macky Sall also believes that the mechanism of peer review, established by the New Partnership for Africa’s Development (NEPAD), is far from playing its role, and he emphasized the need for others to act as monitors of democracy.

“It is up to the people of each country to fight for their freedom,” he said, a struggle in which he acknowledged that the Senegalese press has played a leading role.

As regards the security of the state, President Sall gave the sensitive issue of the Casamance rebellion as an example in which he said the media should exercise restraint.

He spoke about situations where, the President believes, newspapers can influence the development of conflicts.

“The level of democracy in Senegal can allow us decriminalize press offences and allow the journalist to do his investigations because it is his role in society,” he remarked.

Further asked whether he will talk to his colleagues who oppress the media in their countries to do like him, President Mack Sall declared: “I cannot give them lectures; every president has his own way to lead his country.”