Abdoulie Bojang, head coach of Steve Biko FC, has said Seaview FC were a better side than this team following their 1-1 draw in the week-thirteen fixture of the GFA first division league game played at the Serrekunda East Mini Stadium on Sunday.

His team, he said, played below performance in the game against Seaview but noted that the referee also contributed to their poor performance by frustrating his players through booking and denying them rulings for fouls.

He said they wanted to win and maintain the 4-point gap between them and Real De Banjul FC but those derbies are never easy.

“Collecting a point against Seaview FC is not a bad result but we have to maintain our winning form if we want to maintain our top spot,” he remarked, saying they were not under pressure coming into the game after Real De Banjul have beaten Interior FC 1-nil on Saturday.

Lie Bojang said they will better prepare to win every game, “although it will be difficult because all teams are good”.

Ousman Njie, head coach of Seaview, said their plan was to win “but when players make mistakes you have to take the blame as the coach”.

He was really disappointed at collecting a point after playing better and having the upper-hand of the game, he said.

Their aim is to maintain the team in the topflight league, he added, saying the only option for their next game is to win.

Brikama United and Bakau United drew 1-1 on Saturday at the Serrekunda East Mini Stadium in the week-thirteen fixture of the GFA first division league.

Abdoulie Sidibeh for Bakau United scored in the 49th minute and Sainey Sambou got the equalizer for Brikama United in the 61st minute of the game. 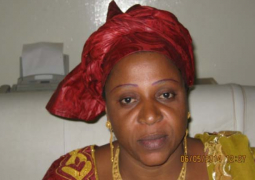