The Gambia Football Federation has announced that the Gambia senior national team – the Scorpions, will briefly camp in The Gambia before flying out to Nouakchott for their Afcon 2017 qualifying game away to Mauritania.

The Scorpions will play away to the Maurabitones of Mauritania on Friday 25 March 2016 at the resumption of the Afcon 2017 qualifier Group M fixture.

In light of this development, national team head coach “Sang John Ndong is currently” honing the skills of a provisional 18-man local-based team ahead of the arrival of the invited foreign-based players for the away fixture, the GFF said, adding that the Scorpions will briefly camp in The Gambia before flying to Nouakchott for the away leg.

The Gambia will host Mauritania four days later at home for the return fixture on Tuesday 29 March 2016 at the Independence Stadium in Bakau.

This will be followed by the Scorpions home leg to South Africa in June before wrapping up their final and decisive away leg to Cameroon in September 2016 for the completion of the qualifying series. 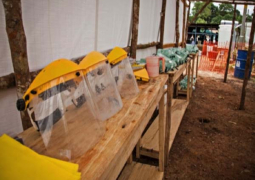 GSK Ebola vaccine to be tested in Gambia 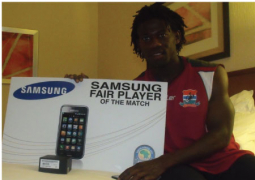