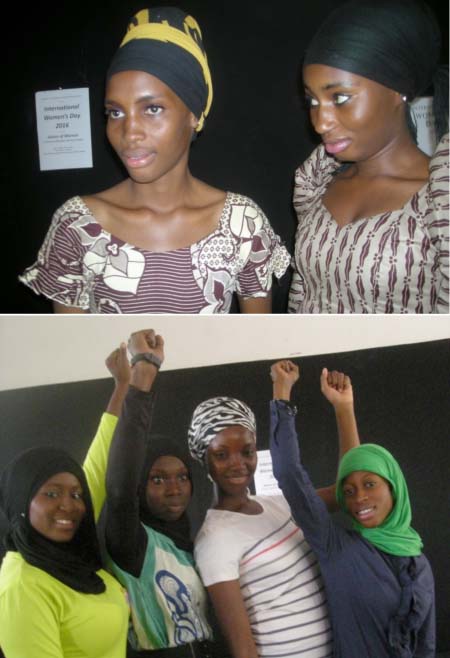 The theme for IWD 2016 is Pledge for Parity. The TIE programme, Voices of Women, is in step with the IWD theme. These dramatic presentations touched on female rights issues not only in The Gambia but also in most countries around the world.

International Women’s Day 2016 photo: Yagou Issa Dumbuya (as Nysata) and Fatou Secka (as Nyma) performing a scene from the play The Rebellion written by Augusta Jawara.

performing the poem Still I Rise written by Maya Angelou. 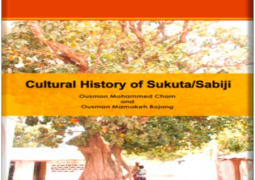 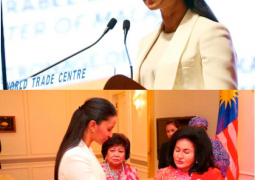