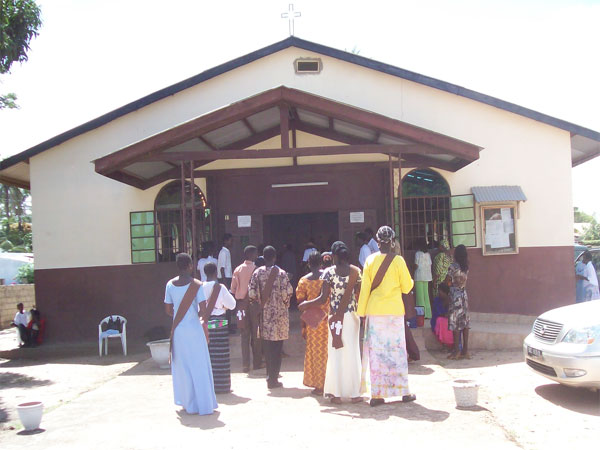 The two Saints are a pillar to the Catholic faith as both were indeed called to serve the church. One of either of them supported the other as Jesus did not choose His apostles from the righteous to show how God can draw straight line on crooked paths. Paul converted a lot to Christianity. Subsequently Peter was given the Keys to build Christ's Church on a strong foundation, thus his name the Rock. He later became the first Pope in AD 67. From his time to now about 264 Popes have come after him. These great men of faith are revered in the Catholic Church for their faith and are celebrated at the end of every June.

St. Peter's Parish Lamin headed by Rev. Fr. Antoine Sambou celebrated in a grand style to keep their parish name high. Fr. Antoine Sambou says. "The charism of Saints Peter and Paul was; Peter was a leader and Paul as an evangelizer. After the whole hard fight, Peter acknowledged that he had fought a good fight. He was also trying to encourage Timothy and others and that every body has a responsibility in the world not to be the best but doing your bit. Peter denied Jesus many times but was still chosen why did He do that?"  Fr. Antoine Sambou said man makes mistakes but repentance was the key word. "Whenever we make mistakes God forgives," Fr. Antoine Sambou said.  He reiterated that Paul went around arresting Christians and Jesus told him he was on the right road but on the wrong direction. "We should learn from their examples," he said.

The parish priest acknowledged that the feast day was celebrated by his parishioners and a few people from other parishes, because it coincided with St. Anthony celebrating their feast day, Cathedral doing their confirmation and St. Peter and Paul Society celebrating their day as well. "This brought the poor attendance of visitors to enjoy with us. The day ended with the usual style of sales and music for the rest of the day.

The school at Lamin bears the name and they too under Fr. Bruno Toupan rejoiced and prayed for their school on that day. Meanwhile, others who bear the name Simon Peter or Paul joined in to celebrate on such occasion in the Diocese of Banjul and beyond. The Seminary in Freetown named after St. Paul, trains seminarians for the Gambia and Sierra Leone and closed on that day after celebrations on their campus. The Gambian seminarians would be seen soon on the roads of The Gambia and in their homes and later parishes on their pastoral assignments.

This was not only celebrated by parishes with the name, but by all parishes according to the Canon Law. It is a Solemnity, so should be treated as such.

At the Divine Mercy Catholic Church, it was celebrated and Fr. Peter Adu was pleased to talk about Saints Peter and Paul in detail. He said God works with those that need change as in the case of the two powerful saints, Peter and Paul. They too he said could not believe that God could call them to change other people but God shows that He is capable of drawing straight line in crooked roads. "Jesus had called a lot with severe image problem the fact remains that God does not have favourites. Matthew for example was a sinner in the eyes of the people, he was feared for his actions but Jesus called him and made him into an apostle and a saint for that matter. Jesus did not go on calling the righteous but He made those he called righteous. The two saints could not believe their achievements after all but they thanked God for remaining in God's vineyard till death," he said. He asked other Christians to emulate the example of these two great men of their church. He prayed for those who bear the name Peter or Paul or Simon Peter, which he said was common in the country.

St. Anthony's Catholic Church at Kololi had pushed their own feast of St. Anthony of Padua to the same Sunday as St. Peter and Paul. This brought thousands of visitors and well wishers although they were hampered also by the many celebrations at the same time. The church compound contained lots of cars with all church seats occupied to the brim. Fr. David Jimoh Jarju, the Parish priest was filled with joy. He spoke on the good works of St. Anthony the Miracle worker and urged his parishioners to be fervent in prayer as their patron saint was. 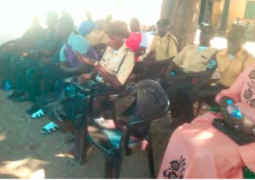 Women's Participation in Sanitation in Gambia and in The World