The issue of the rural-urban drift has become a major challenge for many developing countries, including The Gambia. The movement of people from the rural areas to the cities has a double effect: both on the place from which they migrate and in their current settlements.

Like people elsewhere, people in The Gambia move from the provinces to the urban centres in search of greener pastures.

Most importantly, many do move from their villages to the cities in search of white-collar jobs.

Some business people also have a preference to stay in the Greater Banjul Area rather than living in the villages, encouraged by the availability of social amenities like running tap water and electricity supply, among others.

Whatever the case maybe, many people prefer living in the urban areas than to stay in the remote villages, because of the availability of social amenities in the urban centres.

The problems of the rural-urban drift are twofold: It creates more challenges for the urban centres, as well as the areas the migrants came from.

In the urban areas, for instance, there is a trend towards increasing criminality, traffic congestion, over-crowding and an intense hassle for jobs, among others.

On the other hand, there is a trend towards low agricultural productivity as a result of the exodus of the most able-bodied men and women, who leave the agricultural areas to the old and infirm who are less productive as farmers, just to name a few.

To address the issue, the government should intensify efforts to create more opportunities in the rural areas. Rural communities equally need better facilities like high schools and tertiary institutions such as vocational and skills centers, electricity supply and hospitals, among others. By providing these facilities, the issue would slowly but surely be tackled.

We call on the development partners, especially NGOs, to concentrate their activities in the rural areas where the bulk of the vulnerable people live.

We are not saying that people should not move to the cities, but this should be their choice, and not something forced upon them by economic or other social factors, as mentioned above.

While we acknowledge the tremendous efforts by the government and its development partners in this endeavour, we firmly believe that more should be done to this effect. 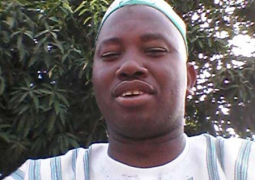