Dr. Bekai Camara, the Director of Health Services, on 14th January 2010 testified before the Special Criminal Court of the High Court in the ongoing infanticide charges against one Fatou Tamba of Kanifing Estate.

Dr. Camara informed the Special Criminal Court that he could recall that on the 24th March 2009 the accused was brought to his clinic for examination.

According to Dr. Camara, he was asked to examine and write a report to that effect and that the examination report contained his signature and name. The results showed that the infanticide suspect, Fatou Tamba, was not pregnant at the time of examination, and that it was likely she gave birth in the previous two weeks before the testing.

Lamin Dampha, a police officer, also testified that at the time of the incident he was attached at the Major Crimes Unit, and could recall that on the 14th April 2009 he was assigned to obtain the voluntary statement of the accused.

Defence counsel Gaye Coker objected to the tendering of the said statement on the grounds that it was not relevant, since the charge before the court is infanticide and not murder.

In his reply, state counsel Mikailu argued that the prosecution relied on section 154 of the Criminal Code. He further submitted that the facts in the investigation are the same.

The presiding judge, Justice Moses Richards, overruled the defence counsel's objections on the basis that murder and infanticide both constitute the commission of an unlawful act.

Femi Peters out from prison 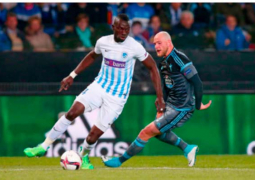