One Musa Camara, a resident of Kombo Sanyang, was recently arraigned at the Special Criminal Court, charged with the murder of one Alhagie Korta of Sanyang Village, West Coast Region.

According to the particulars of offence, on 25 October 2011, at Sanyang Village, West Coast Region, the accused, Musa Camara, caused the death of one Alhagie Korta, by knocking his head and beating him.

The accused denied the charge and the case was adjourned till October 2012.

The accused was subsequently remanded in custody at the Mile 2 State Central Prison.

Previous:
A noble development!
Next:
Witness testifies in drug case 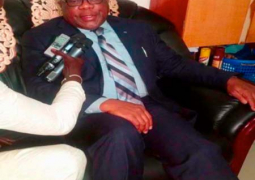